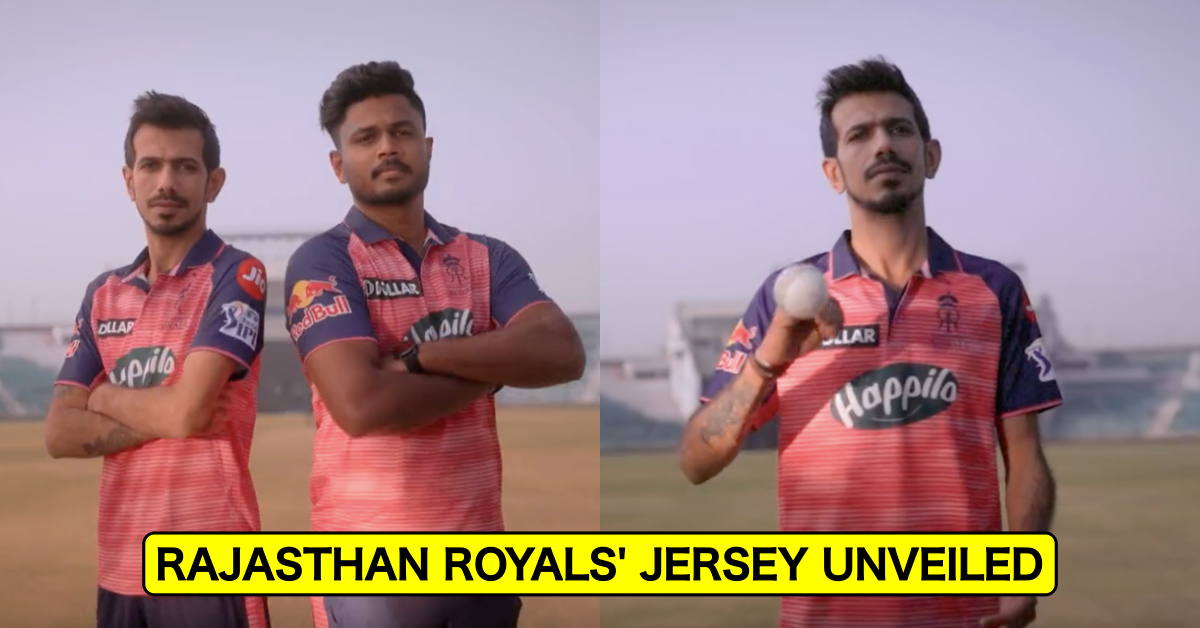 On Tuesday, March 15, Rajasthan Royals (RR) unveiled their new jersey for the upcoming Indian Premier League (IPL) 2022, which will be the 15th edition of the marquee T20 league.

The Indian Premier League (IPL) 2022 is scheduled to begin from March 26 and all the games of the league stage will be played in Maharashtra across 4 different venues including Wankhede Stadium, Dy Patil Stadium, Brabourne Stadium and Maharashtra Cricket Association Stadium.

Meanwhile, the inaugural-season champions took to Twitter to unveil their new jersey ahead of the Indian Premier League (IPL 2022). The video featured skipper Sanju Samson and veteran leg-spinner Yuzvendra Chahal along with RedBull stuntman Robbie Maddison.

The Rajasthan Royals franchise has retained its blue and pink colour combination but has made notable changes in the design. The logo of the title sponsor Happilo has been placed in the middle of the jersey along with other logos of sponsors like Dollar, Jio, and Red Bull on the sides.

Here’s The Video Shared By Rajasthan Royals On Twitter:

The Rajasthan Royals have entered the final of the Indian Premier League only once in 2008 and have won that edition. However, since then, the performance of the team has gone downhill and they have qualified for playoffs only thrice.