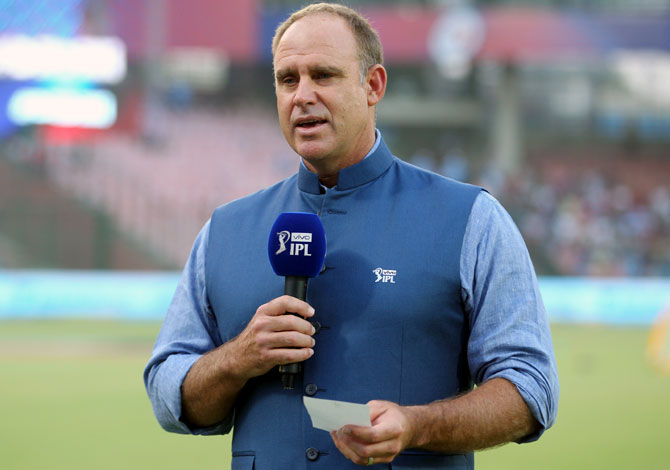 Former Australian cricketer Matthew Hayden lavished praise on Sunrisers Hyderabad (SRH) batter, Rahul Tripathi, stating that he is capable of performing at the highest level and should be taken to Australia for the T20 World Cup.

Tripathi has been a consistent performer for SRH this season. He has scored 393 runs in 13 games at an impressive average of 39.30 and an excellent strike rate of 161.72.

“I just love his ability to go hard upfront. The way Tripathi is taking the responsibility to strike the ball hard is brilliant. I think he has the real potential in the future to go all the way to the international level,” Hayden stated.

While Tripathi has an all-round game with no particular weaknesses, one thing that has impressed Hayden the most is his ability to deal with the bouncers quite easily.

Considering the bouncy pitches down under will trouble batters who cannot play the short ball, it also makes sense to invest effort into Tripathi who could well be suitable for the No. 4 role in the Indian team.

“He’s a dangerous striker of the ball, someone who plays on both sides of the wicket. His ability to play short-pitched balls at ease impresses me in particular. You get him to Australia (for the T20 WC) because he can play those brilliant shots on the bouncy pitches there,” Hayden mentioned.

Currently, India has two options in Suryakumar Yadav and Shreyas Iyer but the former is injured and the latter’s weaknesses against the bumpers have been exposed in the ongoing season.