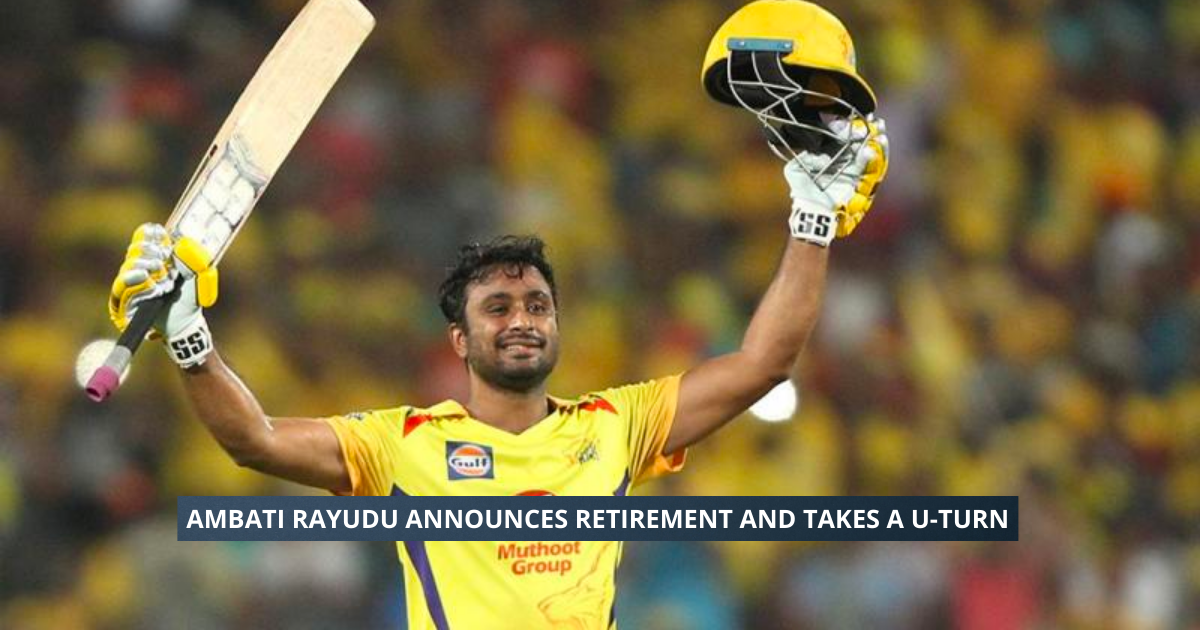 Chennai Super Kings (CSK) experienced batter Ambati Rayudu announced that he will be retiring from the Indian Premier League (IPL) after the ongoing season comes to an end. However, minutes after the announcement on Twitter, he deleted his tweet which has led to even more speculations about the CSK camp.

Rayudu has played for two franchises in the league – Mumbai Indians (MI) and CSK – and the 37-year-old will be hanging up his boots after a successful career in the biggest franchise tournament.

The right-hander from Andhra Pradesh played 187 matches in the IPL and scored 4187 runs at an average of 29.28. He has scored a solitary century (against Sunrisers Hyderabad in 2018) and has been one of the batting mainstays for the MS Dhoni-led CSK.

Taking to social media, he thanked both MI and CSK and said: “I am happy to announce that this will be my last ipl. I have had a wonderful time playing it and being a part of 2 great teams for 13 years. Would love to sincerely thank Mumbai Indians and Csk for the wonderful journey.”

In the IPL 2022 mega auction, CSK bought back Rayudu for INR 6.75 crores considering his valuable experience. Unfortunately, the team failed to perform as a whole and they crashed out of the tournament after a loss against MI.

Also Read – IPL 2022: When They Lose, They Lose So Horribly That It Becomes A Source Of Regret – Aakash Chopra On RCB’s Defeat Against PBKS