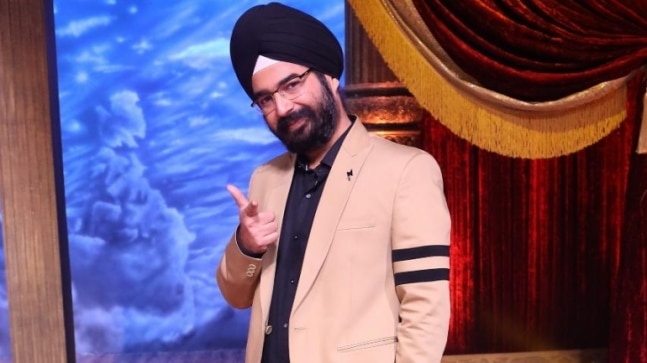 Angad Singh Ranyal is currently one of the most promising comedians in the Indian comedy scene. He is currently seen as a contestant on Sony TV’s India’s Laughter Champion. In an exclusive conversation with IndiaToday.in, Angad spoke about why he said yes to the show and why he stopped making politically inclined jokes.

Excerpts from the conversation:

What made you say yes to India’s Laughter Champion?
I always wanted to test myself on TV. And, I wanted to do it with the right show. Having the same team who did India’s Laughter Challenge that we saw way back, including our director Pankaj Saraswat, gave me confidence that the show will be handled in a nice way. There is a lot of creative freedom, which made me comfortable to do the show.

You have been associated with comedy for nearly a decade. So, this show must be a piece of cake for you?
There is nothing like a piece of cake. The one episode that I shot, everybody brought out a very different voice and everybody was so good. You might be doing it for 20 years, but a guy or girl who is doing it for just two years can be funnier.Yes, the confidence to perform, that’s easier for me. But, writing jokes and the nervousness around that still exists.

Comedians try to avoid politically inclined subjects. How comfortable are you with it?
I have stopped myself from doing political jokes for a very long time. I saw this (India’s Laughter Champion) coming. I just want to tell jokes and go home and have a good night’s sleep. While sleeping I don’t want to worry ki kal ko koi mere ghar pe pahuch jayega or something will happen. Whatever keeps me away from trouble, I am happy to do it.

Do you think tolerance towards comedy has taken a hit in recent times?
Because of social media, a lot of people are expressing themselves. I think if it exited in 70s and 80s then we would have been heard the same thing. Earlier, like in the 90s when you performed on TV, the feedback of it koi chitthi likhega phir woh ayegi na aapke paas, phir pata lagega ki North-East mein kisi ko bura lag gaya. Now, it takes two seconds to tell you that it was bad. Yes, there are a lot of people who get offended by it and there are also people who keep it to themselves and I think they are the right kind of people. But I think now people are open to more forms of comedy. Having so many people watching comedy has its advantages as well.

We saw stand-up comedian Munawar Faruqui on Lock Upp. You are doing a reality show. Will we see you on a show like Bigg Boss or Lock Upp?
I don’t think I can survive in a Lock Upp or Bigg Boss house at all. But, who knows where your career is at that point of time? My life’s mantra is never say never. I always say yes to a meeting, just to see how it pans out. But, I don’t see myself doing those kinds of show. Maybe a Khatron Ke Khiladi is still something I would be open to try.

How confident are you of winning India’s Laughter Champion?
I am there to have fun. When I was talking to other comedians, there were very stressed about winning. I am there to just have fun. If it’s my day things will go well, if they don’t, it’s fine. It’s a great experience. I met Shehkha Suman and Archana Puran Singh for the first time in my life and I am just enjoying the experience.