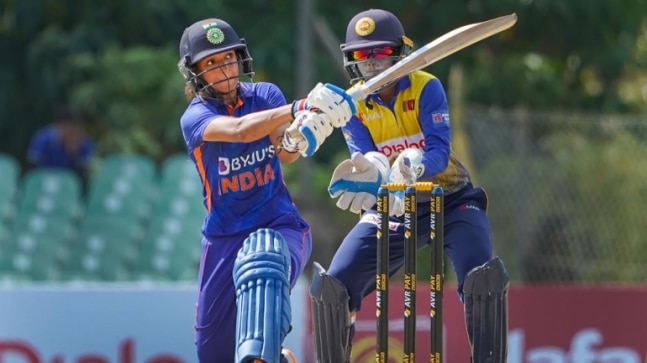 Indian Harmanpreet Kaur wants to lead by example as she aims to improve the fitness levels within the Women’s team.

Harmanpreet Kaur has revealed that she aims to improve the fitness levels of the Indian Women’s Team ahead of the first ODI against Sri Lanka.

This will be the first match under new leadership after Mithali Raj’s retirement and Kaur is aiming to set an example for her teammates and raise the fitness level in the squad.

The Indian captain said she has set goals as a skipper and fitness is very important and she is aiming to improve it during her tenure.

“I have set goals as a captain and fitness is very important. As for skills as a player, we have coaches around us, but I want to set a goal for my team in fitness. I want to set an example and motivate them. The team’s fitness is something I really want to improve,” said Kaur.

Kaur also commented about improving the fielding of the team alongside fitness and said that they can be the best side if they can focus on these two aspects.

“If we could improve our fitness and fielding, I think we could be the best side,” said Kaur.

The 33-year-old also said she enjoys leading the side as she feels more involved. Kaur also said while being the captain, she always thinks about the game and that gives her a lot of confidence.

“I really enjoy this part because when I lead, I feel I am more involved in the game. “(When I am the captain) I always think about the game and that gives me lots of confidence,” said Kaur.

India comes into the ODI series with a lot of momentum on their side. They secured comfortable wins in the first two matches as they beat the hosts by 34 runs and five wickets respectively.

While Sri Lanka did bounce back in the third match, Kaur and Co would be hopeful of securing another series win.