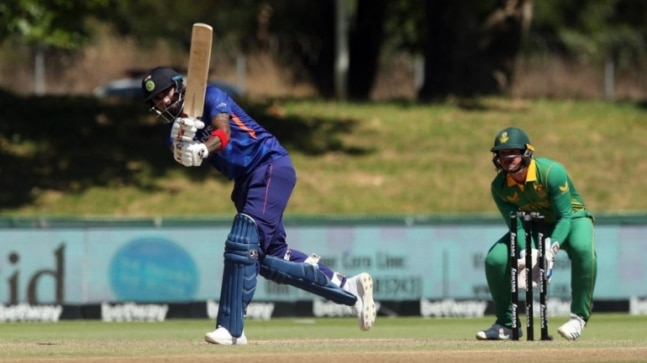 India on Sunday announced an 18-member squad for the upcoming 5-match T20I series against South Africa. KL Rahul will lead the team in the absence of Rohit Sharma who has been rested along with senior members, including Virat Kohli, Jasprit Bumrah and Mohammed Shami.

Rahul will lead India in the home series, starting June while Rishabh Pant has been named vice-captain of the team. Pant faced criticism on Sunday, May 21 for a tactical error during Delhi Capitals’ crunch contest against Mumbai Indians in IPL 2022 but Rohit Sharma backed the young India wicketkeeper.

Ruturaj Gaikwad and Ishan Kishan retain their places in the squad along with all-rounder Venkatesh Iyer despite their ordinary outings in IPL 2022.

Kolkata Knight Riders captain Shreyas Iyer has retained his spot along with all-rounder Deepak Hooda, who has grown from strength to strength in the last few months. Hooda has been in fine form for Lucknow Super Giants in IPL 2022.

Umran Malik, who has been instilling fears in the minds of opposition batters by consistently clocking in excess of 150 kph in IPL 2022, has earned a maiden India call-up. The tearaway pacer, who has picked 21 wickets in 13 matches, will get an opportunity to learn from the best at the senior level.

Arshdeep Singh, who has been consistent for Punjab Kings and regarded as one of the best death-bowlers in the IPL by South Africa star Kagiso Rabafda, gets the much-deserved India call-up.

HARDIK AND KARTHIK BACK

Dinesh Karthik is back in India colours for the first time since the 2019 World Cup. The RCB wicketkeeper has been in phenomenal form in IPL 2022, striking at 191.33 – a staggering rate as he has been clinical as a finisher. Karthik has scored 287 runs at an average of 57.54, finding a new lease of life at RCB.

Karthik made his intentions of making an India comeback clear as he kept stressing that he had worked hard to don the India colours again and help the team win the T20 World Cup in Australia later this year.

Meanwhile, Hardik Pandya is returning to the India set-up for the first time since the T20 World Cup last year. Hardik, who was under pressure at the start of IPL 2022, has shone as Gujarat Titans captain, scoring 413 runs in 13 matches.

Hardik has proved naysayers wrong by even rolling his arm over for Gujarat Titans.