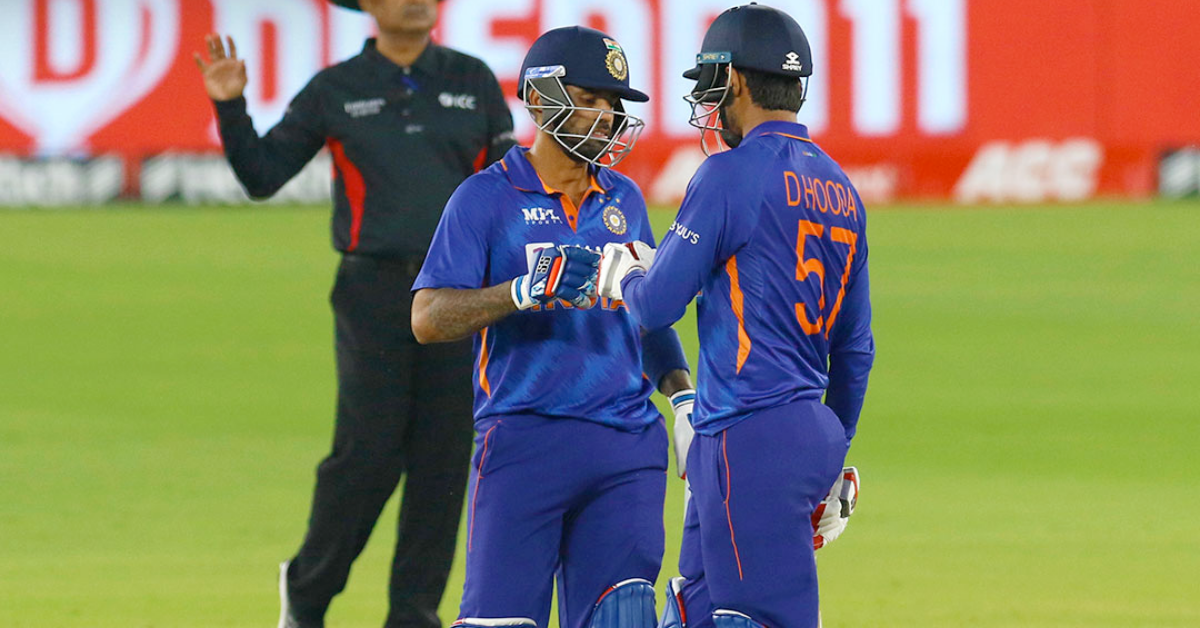 Indian inexperienced middle-order batters, Suryakumar Yadav and Deepak Hooda inspired a bit of confidence after their 62-run stand for the fifth wicket that helped India chase down the paltry target of 177.

India lost a cluster of wickets with four wickets falling at the cost of 32 runs. Hooda and Suryakumar joined hands and comfortably began scripting the rest of the run chase. Eventually, the hosts got home with over 20 overs to spare.

“Things were really clear, he (Hooda) has played a lot of domestic cricket, so he knew the situation really well. So we were having little conversations and setting little goals (in our partnership). His confidence was spot on though. Loving with how things are going right now, I’m enjoying my time in the nets as well,” Suryakumar mentioned after the match.

Suryakumar Yadav opens up on the conversation with Kieron Pollard

During the partnership, Windies skipper Kieron Pollard was seen having a casual chat with his former Mumbai Indians (MI) teammate, Suryakumar. The latter opened up on the banter, stating that he was asked to play a particular shot.

“Pollard just told me a few things, asked me to play the flick shot towards the mid-wicket region, the one I play in IPL. But I wanted to remain not out. It was difficult for the bowlers to grip the ball due to the dew. It was a little slower in the afternoon, but it became easier for the batters with the dew settling in,” Suryakumar added.

It was a satisfying start to India’s new era under Rohit Sharma and they will be keen on continuing the momentum.