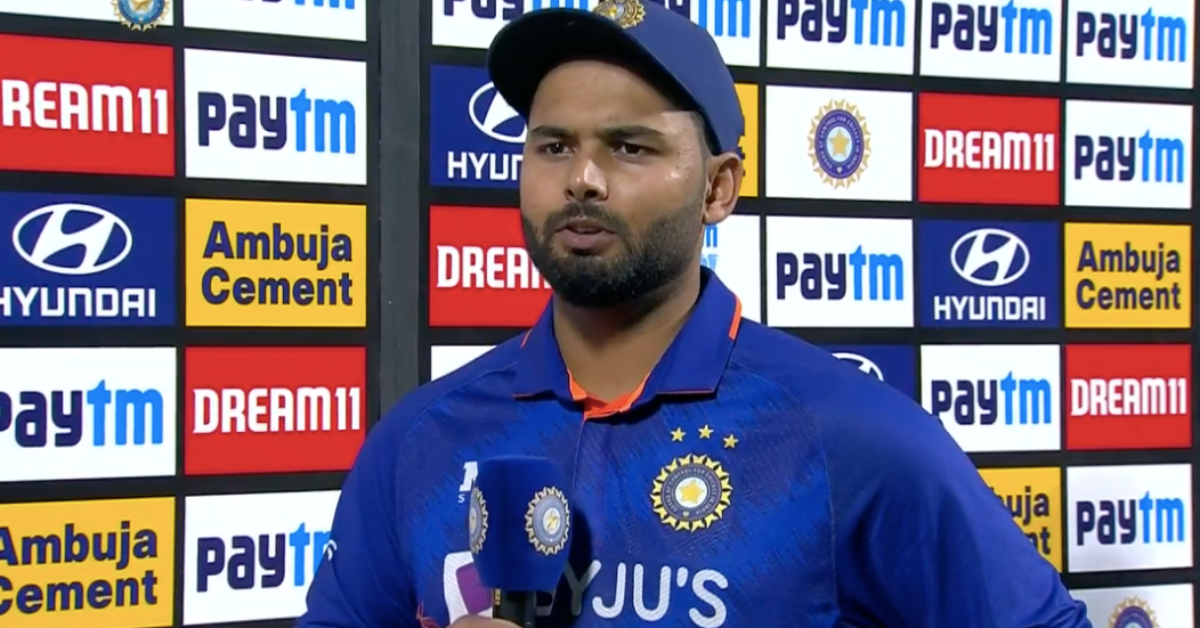 Former Indian all-rounder Irfan Pathan said Rishabh Pant will have to work harder to earn a spot amid batting woes in the ongoing T20I series against South Africa. India defeated the Proteas in the third T20I by 48 runs on Tuesday (June 14) to keep the series alive.

Rishabh Pant has got stuck a lot, will have to perform: Irfan Pathan

Stand-in skipper Pant could manage just six runs off eight balls in a boundaryless innings and got out to a slower ball ploy from Dwaine Pretorius. Pant failed to pick the slower delivery and sliced it towards Temba Bavuma, who ran a reverse to complete the catch near mid-off.

Pant has amassed 40 runs in three innings so far in the five-match series and Pathan believes that it will be a tough journey for the Indian gloveman in the upcoming series in terms of selection. Pathan pointed out the alternatives India has at its disposal for a wicketkeeper.

“He has got stuck a lot, you will have to perform. As of now, you are doing the captaincy but it is possible that going forward a time might come where you might have to work hard to play in the XI,” Pathan said on Star Sports.

“You already have Dinesh Karthik and Ishan Kishan as wicketkeepers in the playing XI and Sanju Samson is waiting, and KL Rahul (who also keeps the wickets) is a name who I will always keep in my playing XI. I feel he (Rahul) is the best cricketer. So there is a lot of competition, you cannot keep your bat quiet for too long,” he added.

Rishabh Pant is trying to hit too hard: Irfan Pathan

Pathan mentioned that Pant is a player of great quality but currently is not getting the results with the willow in his hand and noted that the player hits the ball harder in the air.

“The T20 game is his, that’s what I believe. There is no doubt that Rishabh Pant is a superstar player. He is a 24-year-old boy, if he plays for the next 10 years, he can become the most fantastic cricketer but that result has not come till now,” Pathan said.

“I feel he tries to muscle the ball a lot when he plays on the offside. When you try to put the same power that you put while playing on the leg side while losing your shape, there will be problems. He is trying to hit too hard and hitting the ball in the air. Play along the ground there and hit in the air on the leg side,” he added.

India will play South Africa in the fourth T20I match on June 17 at the Saurashtra Cricket Association Stadium in Rajkot.