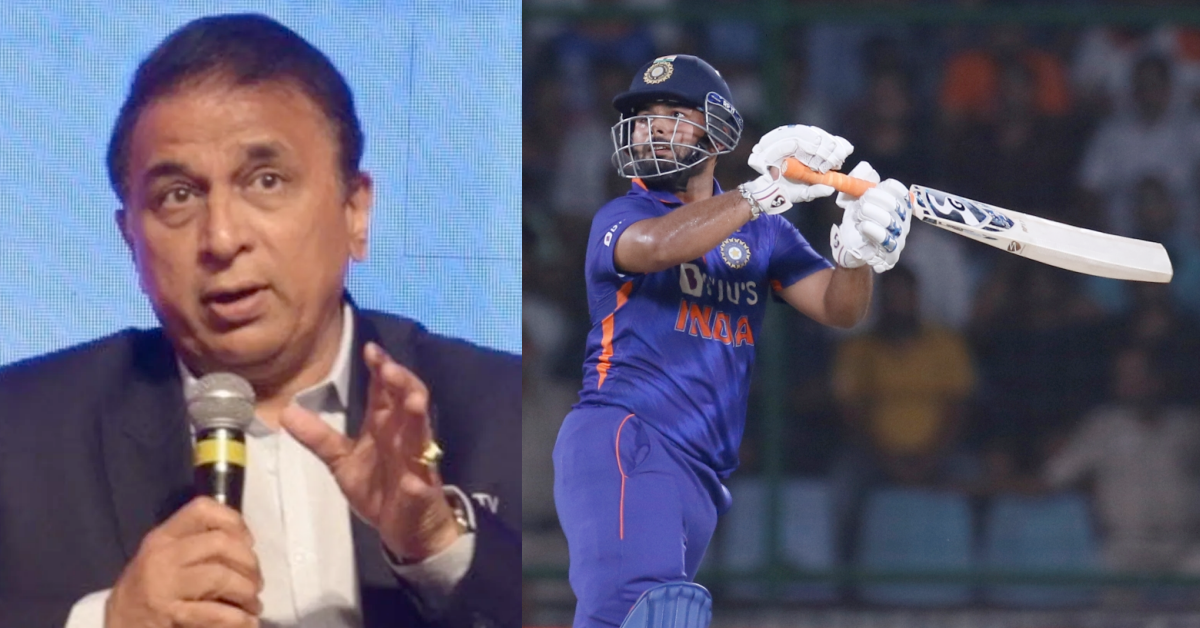 Legendary India batter Sunil Gavaskar came up with advice for India captain Rishabh Pant after his back-to-back failures in South Africa T20Is and said that the young wicketkeeper-batsman needs to do some introspection on his batting.

Rishabh Pant batted very well in the first T20I game against South Africa at the Arun Jaitley Stadium in Delhi as he smashed quick 29 runs.

However, in the second match at Barabati Stadium in Cuttack and the third match at the Dr Y.S. Rajasekhara Reddy ACA-VDCA Cricket Stadium in Visakhapatnam the India captain failed miserably.

In the second game, he just scored 5 runs and in the third game, he registered the score of 6 runs. Also, he has got out in a similar fashion in all three innings.

Meanwhile, Batting legend Sunil Gavaskar said that the fans have high expectations from Pant and when he fails to do well he leaves his fans disappointed.

“People expect that he (Pant) will come along and start hitting the ball for boundaries and sixes. That is something, which because of what he has performed over the last 3-4 years, people have come to expect, and therefore there is that disappointment. But what I think he needs to do, is introspect,” Gavaskar said on Star Sports.

Gavaskar opined that the captaincy responsibility on Pant led to him focusing on his team’s performance rather than his own batting performance but after the win of the 3rd T20I there will be some pressure off him and he can focus on his batting.

“What happens during captaincy often is that sometimes you are not thinking about your own game. You are thinking about the game of others – bowlers or batters. So you forget that there may be some technical issue with your own batting. And that is what he has to sit down and think.

He has got two days. First and foremost, he will feel a lot better that India have won. So that little bit of pressure is off. It will give him a little bit of relief and he has got to think about his batting now,” Gavaskar said.

“He must think ‘I am getting out hitting deliveries. It is not coming in my arc. I have even moved outside off stump and yet I am not able to do that. So now what do I do? Do I try to make my off-side shots better? Do I have to only look at playing on the on-side? Can I use my power and my timing? Can I start hitting it straight? Or should I hit over extra cover?’

“And that’s the danger part because that is where you slice the ball. And so unless you really hit it well, you are going to be caught in the deep. Hit the ball straight and he will still get the sixes,” Gavaskar said.

Also Read: IND vs SA: We Talked About Execution And That’s What We Saw Today – Rishabh Pant