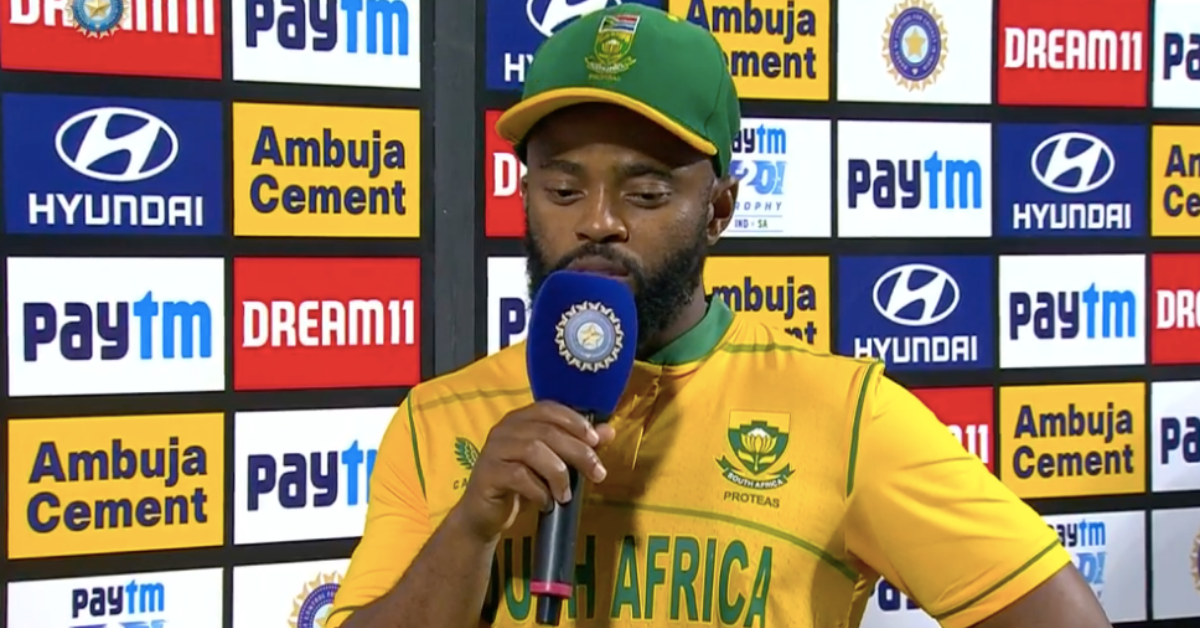 India were without their first-choice players. While the likes of Rohit Sharma, Virat Kohli and Jasprit Bumrah were rested from the series. KL Rahul and Kuldeep Yadav got injured just a day before the start of the series.

Rishabh Pant, therefore, had to take the charge to lead India.

India scored a massive 211 runs in the first innings. SA too started well with Temba Bavuma taking on Avesh Khan in his very first over.

We Do Not Need To Be Over Critical Over Our Bowling: Temba Bavuma

But Bhuvneshwar Kumar removed Temba Bavuma. After that Dwaine Pretorius who was promoted up the order just went after India’s bowlers. He raced to 29 off 13 balls. But was dismissed by a brilliant slower ball by Harshal Patel. India seemed to have an upper edge in the game as Quinton de Kock too got out.

But then David Miller and Rassie van der Dussen added more than 120 runs. Although Miller was going ballistic, Van der Dussen after struggling initially came to his own and in the end, the pair chased down the total in just 19.1 overs. Dussen finished with 75 runs off 46 balls. At one point he was 30 off 32.

After the game, Temba Bavuma said, “We expected the wicket to get better as the night went on. He made it look very easy. They put us under pressure when our spinners were bowling. It was a good wicket, probably we can read the situation a bit better, especially the spinners. I am being awfully critical because the pitch was good. He is a guy we can see as a finisher in our team. It was hot but wasn’t so humid. Cut down on some training and make sure everyone is fit.”

South Africa will hope to keep the momentum going.