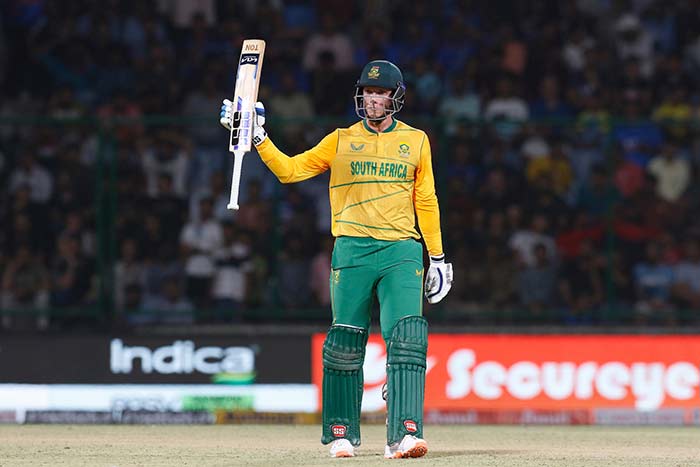 Harshal Patel’s slower ball has gotten him a lot of praise, and he’s used it well in the IPL. Rassie van der Dussen of South Africa, on the other hand, counter-attacked the 31-year-old on Thursday night.

South Africa still needed 64 runs after 15 overs of their chase. Van der Dussen was battling to find his rhythm at 29 off 30 deliveries. When he was on 29, he was handed a lifeline. The Proteas No.4 struck 46 runs off his following 16 deliveries, guiding South Africa to victory in the first T20I alongside David Miller.

I Watched Harshal Patel In The IPL, He Was Brilliant There: Rassie van der Dussen

“I’ve been watching him bowl in the IPL, he’s been brilliant”, he said in the post-match press conference.

“(He’s) got such a good slower ball. I think the end he bowled from played into my hands because of the short boundary. So I knew after getting those first two sixes away he had to go to his slower ball. And then it’s a matter of picking it and keeping your head still while trying to execute.

“It’s a very tough ball to hit. He gets a lot of energy in it, gets a lot of dip on it, but again he’s only human. You know that at some stage he is going to miss. As a batter, you’ve just got to stay strong and stay patient through those balls that he bowls so well.”

With their victory in the first T20I, South Africa stopped India’s 12-match unbeaten run in the format and won their sixth consecutive game against the hosts in any format. The Proteas won the three-match Test series against India 2-1 earlier this year, completing a comeback after losing the first Test. They later added a three-match ODI series sweep to their resume.

Also Read: IND vs SA: Can’t Ask Them To Drop Rohit Sharma Or KL Rahul And Prefer Me As An Opener: Ishan Kishan