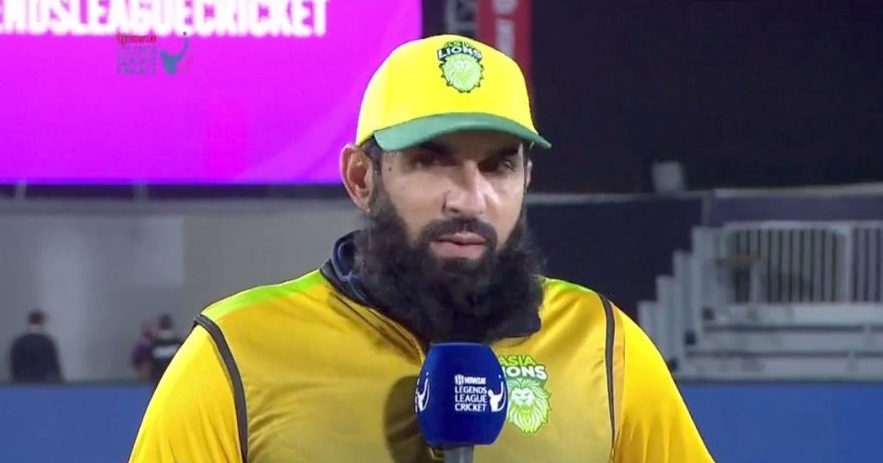 It has been more than two and a half years and the question is on every cricket fan’s mind – when will Kohli register another three-figure mark in his international career. Kohli scored his last century against Bangladesh during the Day-Night Test at Eden Gardens in November 2019.

Virat Kohli should go back to domestic cricket: Misbah-ul-Haq

With Indian skipper Rohit Sharma likely to be unavailable for the rescheduled fifth Test against England in Birmingham, Kohli will have the responsibility with senior pro Cheteshwar Pujara to pile up big runs.

Misbah, who played 75 Tests for Pakistan, said Kohli should play in domestic cricket to rejuvenate himself.

“He should go back to domestic cricket and score big runs there. Bowling may be of any standard, but that will help him get back into rhythm. The mind will start telling you that you’ve scored big runs. Once he gets his confidence back, it won’t matter who the opposition is or what the conditions are. He’ll start scoring runs,” Misbah said on YouTube Channel ICA Sports.

Kohli has aggregate 218 runs at an average of 31.14 in the four Tests against England in 2021 with a couple of fifties in the series. The then India captain fell to the ploy of England pacers James Anderson and Ollie Robinson. Both Anderson and Robinson bowled him away from the bodyline and Kohli would often nick their deliveries in an attempt to drive them.

“Virat Kohli looks to chase outside-off deliveries a lot and has been dismissed in that manner multiple times. We can see the technical issues, but the reason why he is doing that is because of mental issues. He is trying to dominate the bowlers as there’s an ego and pride. But somewhere he is overdoing it. He is playing more and more pressure and the pressure is mounting on him,” Misbah said.

The fifth rescheduled Test between England and India will take place at the Edgbaston in Birmingham, starting on Friday (July 1). India will aim to win their first Test series in England since 2007 under Rahul Dravid, who is their current head coach.

Also Read: ENG vs IND: It Seems Like Virat Kohli’s Bad Days Are Over – Virender Sehwag