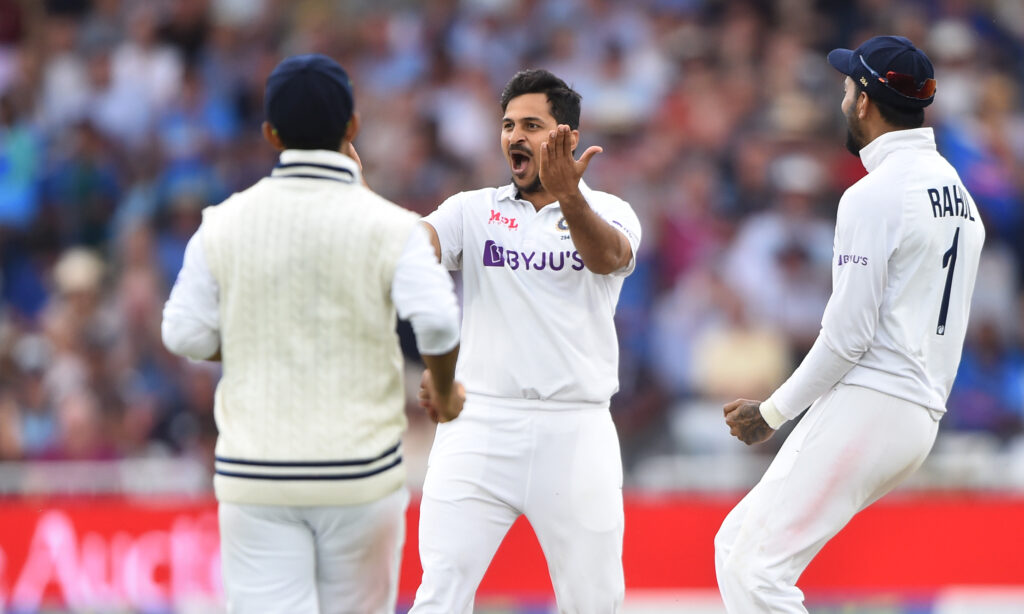 Indian all-rounder Shardul Thakur mentioned England as one of the best countries in the world to play cricket.

Shardul was part of India’s tour of England last year and played a couple of Tests in the four matches and is back with the squad to complete the rescheduled fifth Test in Birmingham.

England is one of my favourite places to play cricket and bowl: Shardul Thakur

Shardul picked seven wickets from the two matches, where he dismissed England skipper Joe Root twice. The Indian all-rounder mentioned how England pitches suit him particularly and enjoyed bowling there.

“They say England is a bowlers’ paradise because the ball swings a lot. You can end up taking a lot of wickets in one spell. I think England is one of my favourite places to play cricket and bowl because you get a lot of lateral movement off the pitch and it’s up to you how you want to use it,” Thakur said in a video uploaded by BCCI on its official website and Twitter handle.

Shardul showed a stupendous all-round performance in India’s victory at The Oval in the fourth Test as he scored fifty in both of his innings and claimed the important wickets of England opener Rory Burns and skipper Joe Root on the final day to help India win by 157 runs.

“That was a very crucial innings (fifty at The Oval) for the team as England could have taken a huge lead and we cut that down. Because of that, we could do well in the third and fourth innings. When you play such a knock, the entire team gets charged up to make a comeback in the game and it will also reflect in the bowling and fielding,” he said.

The rescheduled fifth Test between England and India will be played at the Edgbaston in Birmingham, starting on Friday (July 1). India are leading the five-match series 2-1 and can win their first Test series in England since 2007.

Also Read: IND vs ENG: People Call Me Lord And Beefy Because Of My Performances, It Shows How Much My Teammates Love Me – Shardul Thakur