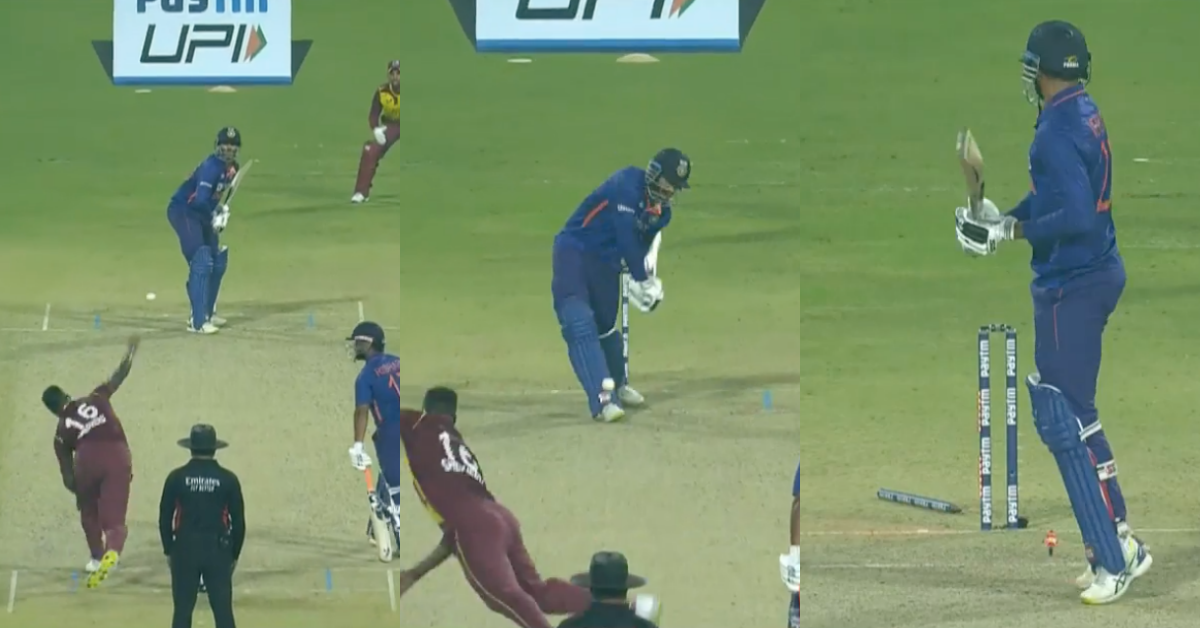 India and West Indies clashed in the second T20I of the ongoing three-match series at the Eden Gardens in Kolkata on February 18, 2022, and Venkatesh Iyer and Rishabh Pant, along with Virat Kohli helped the Men in Blue to post 186/5 in 20 overs.

Kieron Pollard in his 100th T20I won the toss and citing the dew factor later in the evening, chose to bowl first. Jason Holder came back into the XI in place of Fabien Allen, while India went in unchanged. India lost a wicket early, as Ishan Kishan struggled once more to find his timing on his pitch, falling for 2 runs.

Rohit Sharma looked good for his 19 runs, but played a false shot and got out to Roston Chase. Suryakumar Yadav could only make 8 runs, but it was Virat Kohli who laid a platform for the hitters to come and explode. He played some crunch shots, making 52 in 41 balls before falling to Chase again, who clean bowled him by foxing him with proper off-spin delivery.

Then it was Venkatesh Iyer and Rishabh Pant who took the attack to West Indies bowlers, as Iyer (33 in 18 with 4 fours and 1 six) battered the opposition bowlers. Meanwhile, Pant carried on to make a brilliant half-century.

Pant made 52* in 28 balls with one six and 7 boundaries, adding 76 runs with Iyer for the fifth wicket. Iyer fell to Romario Shepherd in the last over to a beautiful yorker. Shepherd bowled a yorker at the off-stump, which Iyer wanted to flick on the leg-side and failed to do so, resulting in his off-stump being castled and him walking back to the pavilion.

Here is the video of Venkatesh Iyer’s wicket: