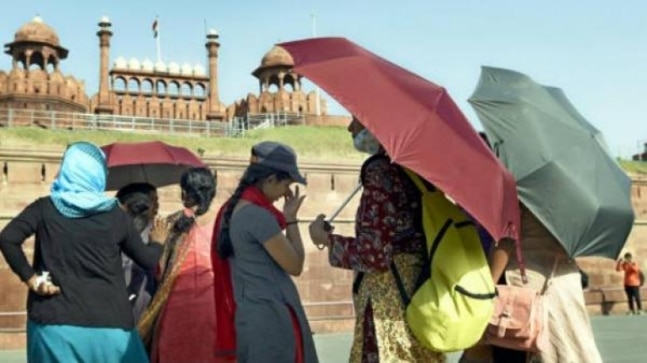 The Met Office has issued a yellow alert, warning of heatwave conditions at isolated places in the capital on Tuesday. (Representational Image)

Once again, Delhi is reeling under the wrath of the heatwave with a maximum temperature crossing the 45 degrees Celsius mark in the daytime. On Monday, several parts of the national capital recorded high temperatures.

Keeping in mind the gradual jump in the mercury level, the Met Office has issued a yellow alert, warning of heatwave conditions at isolated places in the capital on Tuesday.

Several places in Delhi are expected to face the scorching heat on Tuesday.

For the unversed, a yellow alert means that residents are advised to watch out for the weather and stay updated with the latest reports.

Amid the yellow alert, residents are advised to stay indoors and step out, if necessary. One should cover one’s head and face before stepping out. One should stay hydrated.

While Delhi is currently facing the wrath of the heat waves, the western disturbance may bring some relief on the weekend. The weather department has predicted rainfall-like conditions from June 12.

As per PTI, Mahesh Palawat, vice-president (climate change and meteorology), Skymet Weather said that a fresh western disturbance may induce a cyclonic circulation which would lead to intermittent pre-monsoon activity in several places, including Delhi.

The maximum temperature in the capital may drop to 40-41 degrees Celsius by Friday.