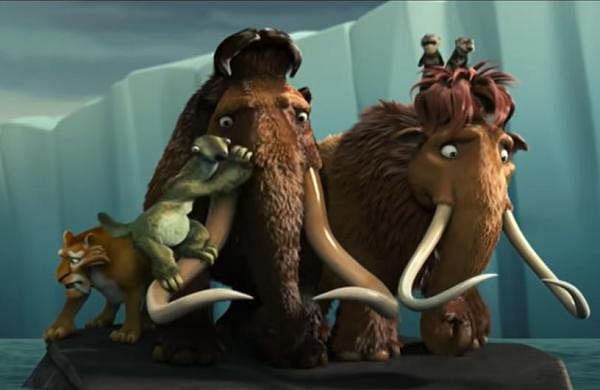 The Ice Age franchise is completing two decades this year and one of its fan-favourite characters, Buck, is getting his standalone film with The Ice Age Adventures of Buck Wild. The film, which will stream on Disney+ Hotstar from Friday, has actor Simon Pegg returning to voice the one-eyed weasel. Connecting virtually for a press conference, Pegg says that he had always wanted a film for Buck. “I have been dropping hints about this for 12 years (laughs). The Ice Age story has so many fabulous characters and given how this is the era of the cinematic universe, I don’t think there is another animation franchise more suited to an expansion like this. This is a lovely way to give over some time to not only Buck and Crash and Eddie, but also Zee and other new characters who are welcome additions to this fabulous group.”

Despite lending his voice for several films like The Chronicles of Narnia: The Voyage of the Dawn Treader and The Adventures of Tintin: The Secret of the Unicorn, Pegg feels Buck is still a challenging character to pull off. “Buck is in my muscle memory now, because I have played him a few times, but I just have to get a lot of sleep before sessions because they are always extremely energetic as Buck is just full-on all the time. After the voiceover session, I am always exhausted because I put everything into the voice. If it’s a live-action performance, you have gesticulations and expressions to lean on.

With this work, it all goes through that one facet of your ability to perform; it’s incredibly fun,” says Pegg, who loves this character for many reasons. “I have strong affection for him because he was born the same year my daughter was born. She’s grown up with these films, and with him, and rather strangely, even as this new Ice Age installment comes out, my sister just gave birth this week. So, there’s a new Ice Age baby to take the stories forward (smiles).”

On account of the pandemic, Pegg had to experience a new set-up for voicing Buck which he found to be intriguing, considering he has never met actor Justina Machado who has lent her voice to Buck’s partner in crime, Zee. “We met over Zoom. The most incredible thing about animation is the assembling of all the pieces and creating chemistry. It was amazing seeing Buck and Zee having this relationship and chemistry. Also, I ended up doing a lot of my sessions from my house. The engineers set up the studio in this room and I would shuffle in. I didn’t wear pants for some of the sessions. For a lot of it, I was wearing my slippers. It has been one of my favourite jobs ever, because I didn’t even have to leave the house,” concludes Pegg, laughing.