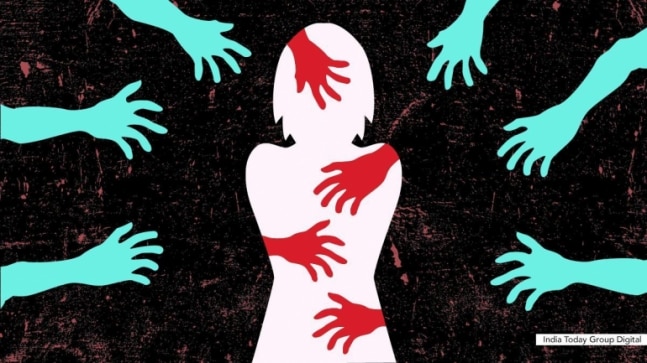 Police have framed charges against a Telangana BJP MLA for allegedly releasing photographs and videos of the assault on the 17-year-old victim in the Hyderabad gang-rape case as “evidence” of the involvement of an AIMIM lawmaker’s son in the case.

The BJP MLA has been booked under section 228A of the Indian Penal Code (prevent social victimisation or ostracism of the victim of a sexual offence) after a complaint was lodged against him at Abids police station in Hyderabad.

“Related to a teenager’s gang rape at Jubilee Hills in Hyderabad… he [BJP MLA] released photographs and videos related to the incident to the media that revealed the minor victim’s identity, while the investigation is in progress, which shows he is interfering in the administration of justice and character assassination of the victim,” says the FIR filed by the police.

On June 4, the BJP legislator shared with the media a video clip and photos purportedly showing the juvenile son of an AIMIM MLA engaging in sexual acts with the minor victim inside a car, in the presence of other accused.

READ | Car in which Hyderabad minor was gang-raped belongs to MLA: Sources

The BJP MLA had said that he had put the “evidence” of the crime before police and public without showing the victim’s face or disclosing her identity, though the faces of the accused are visible in the video and photos. He also questioned why the police had not named the AIMIM MLA’s son as an accused in the case.

So far, four of the five accused have been arrested. An 18-year old man was apprehended on June 3 and three juveniles were taken into custody thereafter.

Investigators are now in the process of recording the statements of the survivor under Section 164. Based on this, the name of other accused would be added to the FIR if needed.

Due to the alleged involvement of kin of politically influential persons in the case, the BJP and Congress have demanded that the TRS government handover the investigation to the CBI to ensure an impartial probe. The Opposition also flayed the government over the law and order situation in the state.

On May 28, the 17-year-old girl had gone to a pub in Hyderabad. She reportedly met a boy there and left the club with him and his friends in a red Mercedes after they promised to drop her home.

Soon they reached a nearby cafe and switched to an Innova and left at around 6.30 pm.

The girl was then allegedly taken to an isolated spot and raped in the car, which the accused parked in Banjara Hills. She was dropped back at the pub at around 7.32 pm.