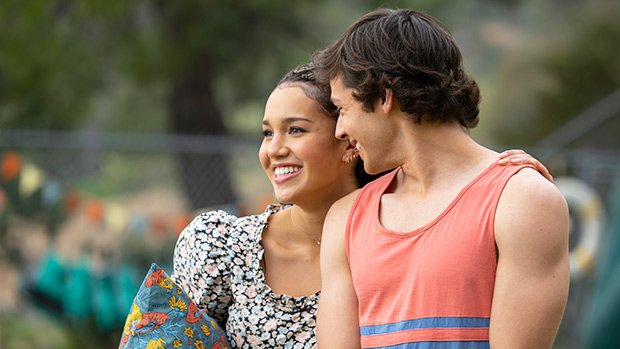 High School Musical: The Musical: The Series season 3 is ready to take over the summer. The full-length trailer was released and teased more of what’s to come for Ricky, Gina, E.J, and the rest of the East High crowd. Season 3 will feature many changes, including a change of scenery. Season 3 is set at Camp Shallow Lake, a sleepaway camp in California.

After productions of High School Musical and Beauty and the Beast, HSMTMTS will be tackling Frozen in season 3. Gina is ready for an unforgettable summer. This is the first time she’s really going out for the lead in a show. Since he has now graduated, E.J. will be the director of Frozen!

Olivia Rodrigo makes a surprise appearance as Nini in the season 3 trailer. “It feels like these last few years have been leading up to something big,” Nini tells Miss Jenn. After two seasons as a series regular, Olivia’s role will be a guest star in season 3. Jesse Tyler Ferguson and Jojo Siwa have also joined the show as guest stars.

There will be plenty of drama at Camp Shallow Lake. “Nothing is going to ruin our perfect summer together,” E.J. says to Gina. However, he witnesses a sweet (but harmless) moment between Gina and Ricky, kicking the tension up to a new level.

The first look at season 3 was released in May 2022 and introduced fans to new characters, including High School Musical alum Corbin Bleu playing himself. Hannah Montana star Jason Earles has also joined the cast as Dewey Wood, along with Meg Donnelly, Saylor Bell Curda, and Adrian Lyles.

HSMTMTS season 3 will premiere July 27 on Disney+. The show has already been renewed for a fourth season. “This series has been an epic adventure from the start and I’m beyond grateful that we get to keep making music, telling these stories, and showcasing these exceptional stars,” creator Tim Federle said in a statement.