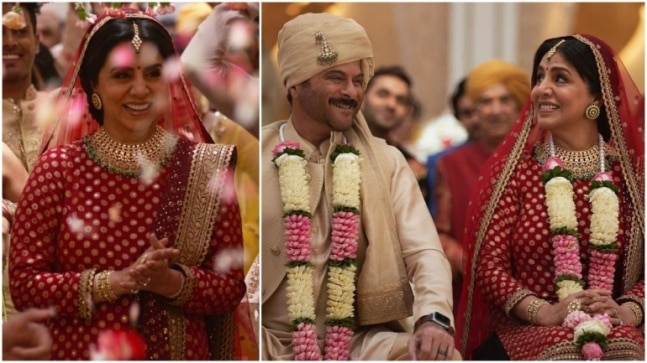 Neetu Kapoor aced a traditional bridal look in a red Sabyasachi ensemble for a scene in JugJugg Jeeyo.

Varun Dhawan and Kiara Advani’s JugJugg Jeeyo hit the theatres on June 24. The film also stars Neetu Kapoor and Anil Kapoor in pivotal roles. The romantic-comedy directed by Raj Mehta is doing well at the box office and has earned over Rs 50 crore.

The movie also marked Neetu Kapoor’s return to the big screen after nine years. Even though the film revolves around the wedding shenanigans of the character played by Prajakta Koli, we also see Neetu Kapoor dressed as a bride for a scene in the film. Must we add, it is one of the most endearing sequences in the movie!

Dressed in a traditional red ensemble, she truly made a graceful bride. And now, celebrity fashion stylist Eka Lakhani has shared some details about her bridal look in the movie. She took to social media and revealed that Neetu Kapoor wore a Sabyasachi ensemble for the particular scene.

Acing a traditional look, Neetu Kapoor wore a red long kurta featuring a heavy dose of beauteous golden accents. The expanse of her kurta was replete with intricate embellishments and ended with the designer’s signature heavily-embroidered border.

A pair of matching trousers and a tulle red dupatta, set neatly on her head, perfectly completed her ensemble.

Also, what’s a bridal look without an ogle-worthy assemblage of jewels, right? For that, Neetu Kapoor wore a regal neck choker with a dainty maang tikka, a statement ring and chunky bangles. A tiny bindi and minimal makeup rounded off her bridal glory. 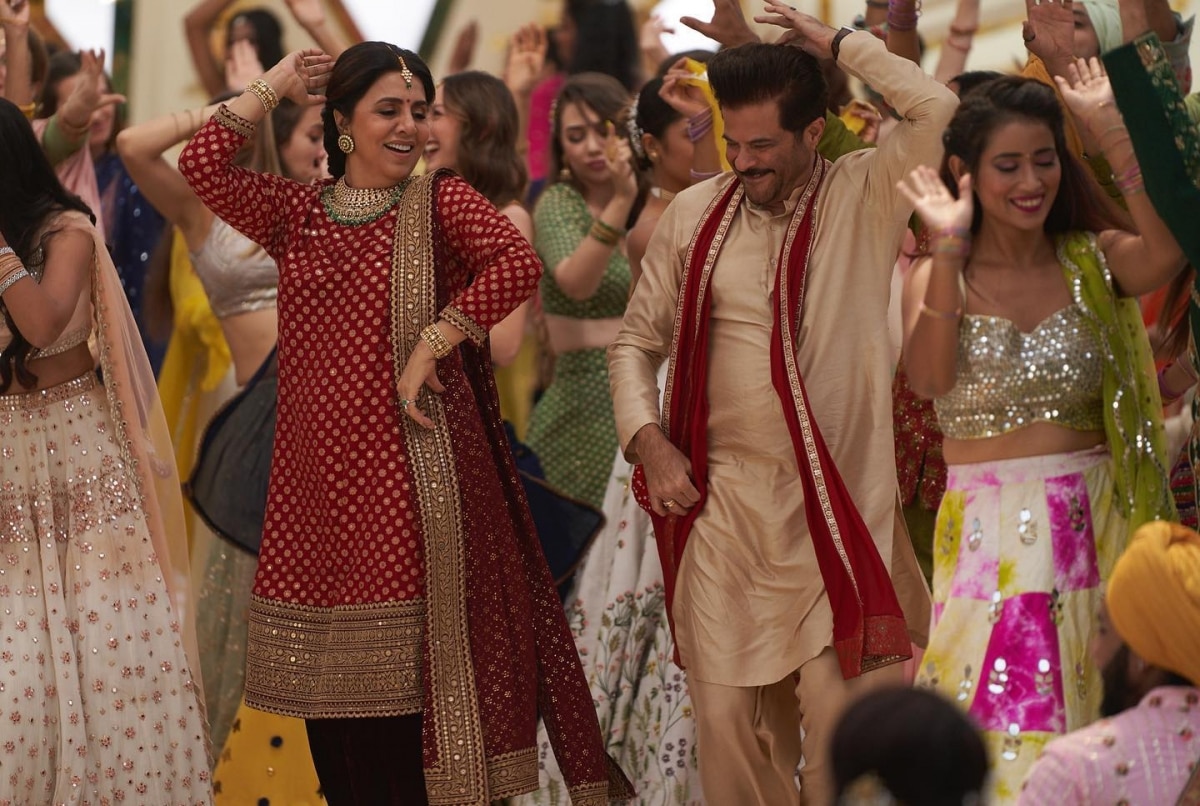 Anil Kapoor, who plays Neetu Kapoor’s husband in the film, also looked dapper as a groom in a Sabyasachi ensemble. He wore a beige-hued blazer with a dhoti and a matching safa.

Wow is the word, truly!