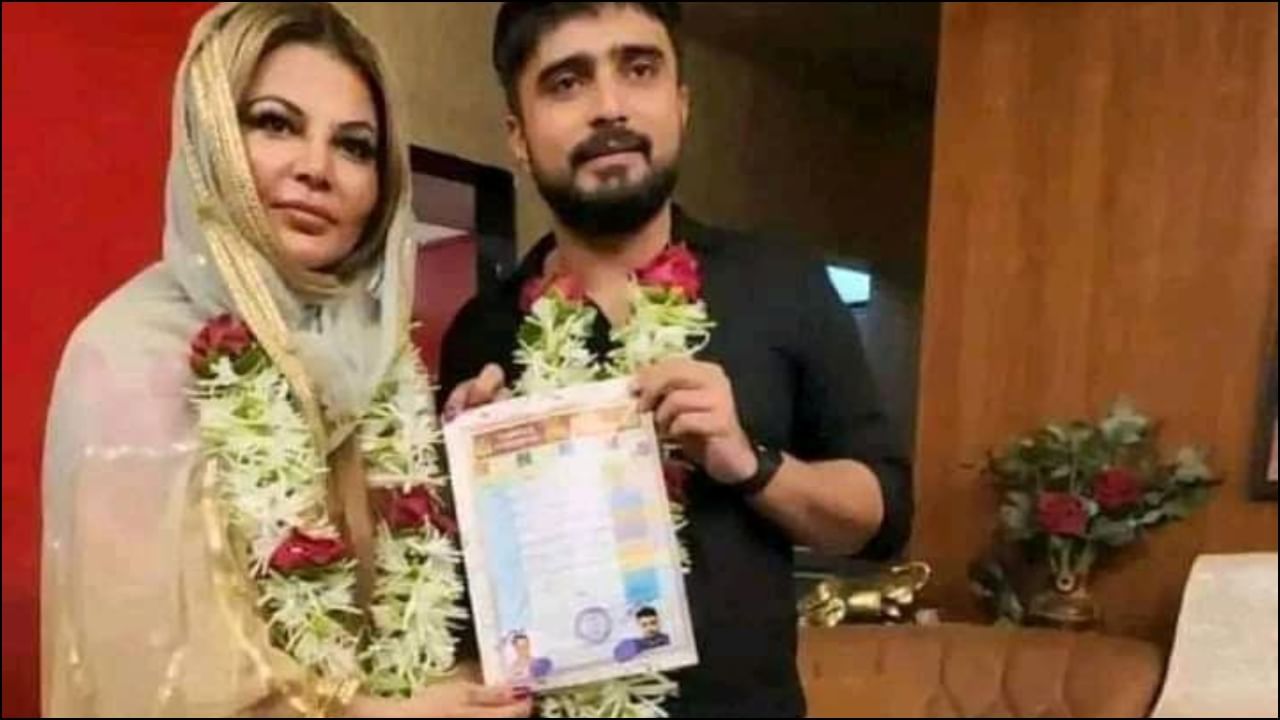 In the latest interview, while talking about his marriage, Adil has asked for 10-12 days time. He said that I need some time, after that I will answer every question myself.

Rakhi Sawant and her boyfriend Adil Durrani ,Adil DurraniThese days there is a lot of talk about their marriage. Various things are going on regarding the wedding of both. The pictures of their marriage are also going viral on the internet. Rakhi Sawant (Rakhi Sawant) also says that he had married Adil 7 months back. Along with Nikah, both have also done court marriage. Rakhi has told that Adil had asked to hide the matter of Nikah. Now meanwhile, a video has surfaced in which Adil’s side is also being heard.

Recently, businessman Wahid Ali Khan has shared a video on his Instagram in which he is seen interviewing Adil Durrani. In the video, Adil is also seen disclosing about his marriage. On the question asked about marriage, Adil first said that neither I am rejecting the matter of marriage nor I am accepting it. Further, he said that I need 10 to 12 days time, I will definitely talk about it. What was it, what was the reason, why it happened, I will tell about everything, but I need 10 days time.

After this, Wahid repeated his question and again asked whether this marriage had taken place. On this, Adil again said that I will not talk about it now. So Wahid said that so is it fake? Responding to which Adil said that neither I will speak fake nor real. The whole world loves me, I accept but I need 10 days to talk about it. After 10 days, I myself will come forward and talk about this.

Why did Adil ask for 10 days time?

Further, while mentioning the family, Wahid asked if there is any involvement of the family, which Adil flatly denied. Not only this, the businessman asked why are you asking for 10 days time? Adil said that I will tell and give the whole episode why I asked for so many days… what happened, why… what happened… everything.

Couple is in relationship for almost 1 year

Talking about the meeting of both, Wahid further asked that both of you have been knowing each other for almost a year… Not only this, both of you are also living in a live-in relationship. After this the matter reaches to the marriage. According to Rakhi, the marriage has taken place and you are saying whether it has happened or not… will reveal in 10 days. What will you reveal like this, give some hint to your fans.

There will be many revelations after 10 days

On this Adil said, first of all after 10 days I will call you and talk to you only. This I promise. Then Wahid said that the fans and the audience want to know, on this Adil asked the fans and the audience to remain in suspense. So this time of 10 to 12 days is going to be very impatient for the fans of Rakhi and Adil. Also, after the passage of these 12 days, it will be very interesting to know whether this marriage is really true or fake? Apart from this, many revelations are yet to happen on this marriage.