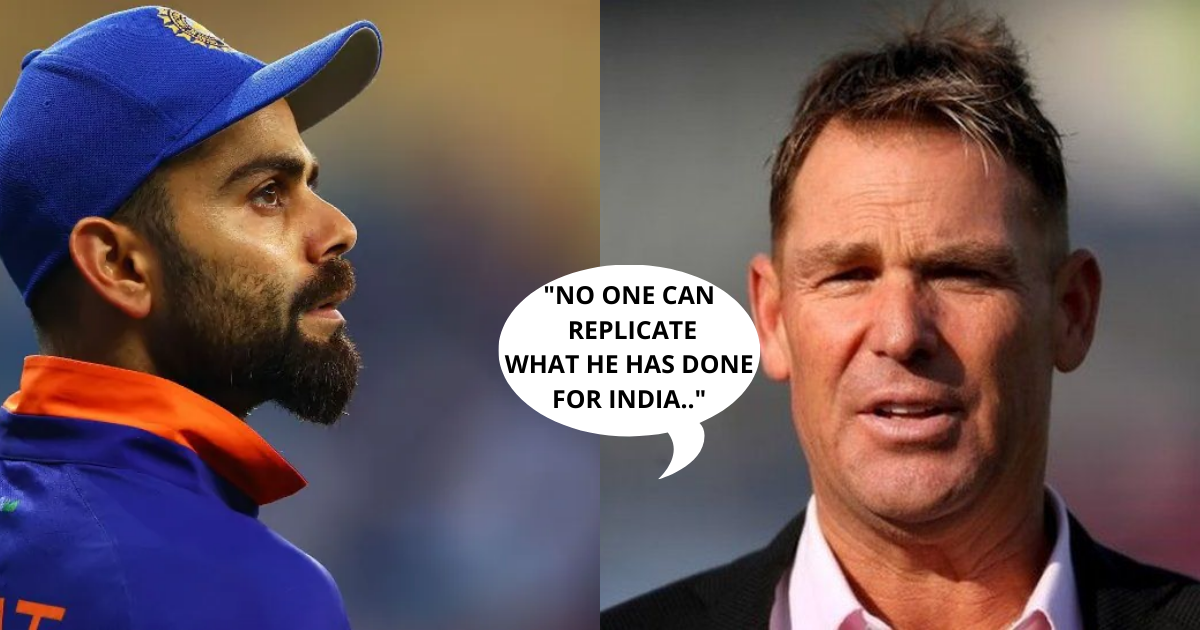 Legendary Australian spinner Shane Warne is hoping that Virat Kohli, who recently stepped down as India’s Test captain, can now concentrate on his batting and score centuries in all three formats of the game.

Kohli has been surrounded by a lot of controversies lately, and he has struggled to reach the three-figure mark in cricket since 2019. He scored his last century in 2019, which was his 70th century and since then the fans are waiting for his 71st ton.

Speaking to Hindustan Times, Shane Warne said that the expectations from Kohli is very high and he wants the former Indian captain to get back to being the best in the world.

“There is just so much expectation. It’s so difficult to be captain of India in all forms of the game and then play the IPL as well. Everyone looks for him to comment, to be the leader so I’m looking forward to watching Virat bat now. Get someone else to take the captaincy, let someone else do all that and allow Virat getting back to being the best in the world. I’m really looking forward to that,” Warne told Hindustan Times in an interaction.

Shane Warne also said that he was surprised with Kohli’s decision to relinquish Test captaincy. He added that Kohli, after quitting the all-format captaincy, has a great opportunity to prove to everyone that he is the best batsman in the world.

“I was a little surprised like everyone. Virat has been a wonderful captain for India but it’s also very tough with the expectations of over a billion people. It’s going to be really tough for him… I don’t think anyone could captain India for a long period of time in all forms of the game and continue to bat at a higher level. So I think it’s a great opportunity now for Virat to go back and prove to himself and everyone why he is the best batter in the world. And hope he can concentrate on his batting and start making hundreds in all forms of the game again. I hope that’s what happens. He has inspired his teammates. India have played a fantastic brand of cricket and let’s hope that continues.”

Former Aussie spinner, while talking about the recently concluded Ashes series said that the England team are a better side than they showed in Australia. Notably, Australia won the Ashes 2021-22 series by 4-0 and the victory margins in all the games were huge.

“England are a better side than they showed in Australia. They are a better side than that. But having said that, I thought Australia played wonderful cricket. England just made basic errors, they got their selections wrong, dropped too many catches, there were wickets off no balls… all the basic stuff they just got wrong. And with Australia playing so well, and England not, the gap was so big,” said Warne.

Also Read: It Will Be A Good Thing To Go Back To Them – Harbhajan Singh Feels India Should Bring Back “Kul-Cha” And Look Beyond Ravichandran Ashwin In ODIs