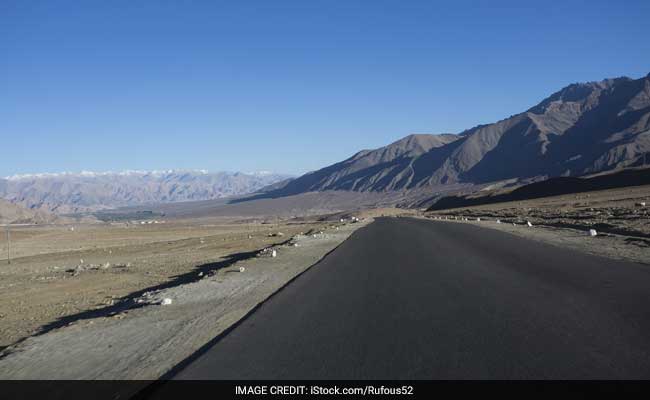 All highway projects exempted from green nod up to 100 km from LOC, LAC (Representational)

The Centre has notified amendments to environmental impact assessment rules, exempting highway projects related to defence and strategic importance within 100 km of the Line of Control (LoC) or Line of Actual Control (LAC) from the requirement of environmental clearance.

The notification issued by the Union Environment Ministry also exempts projects pertaining to the expansion of terminal buildings at airports (without an increase in the existing area of the airport) from seeking green nod.

It also increases the exemption threshold of biomass-based power plants which also use auxiliary fuels such as coal, lignite or petroleum products up to 15 percent and fish handling capacity of ports and harbours which exclusively handle fish.

“Highway projects related to defence and strategic importance in border states are sensitive in nature and in many cases need to be executed on priority keeping in view strategic, defence and security considerations.”

“And in this regard, the central government deems it necessary to exempt such projects from the requirement of environmental clearance in the border areas subject to specified standard operating procedure along with standard environmental safeguards for self-compliance by the executing agency,” the notification read.

All highway projects are exempted up to 100 km from the LOC, LAC or the border, it said.

Environmental activists had opposed the draft notification issued in April to exempt border projects from environmental clearance, saying it would cause environmental degradation in areas having a fragile ecology.

With the amended policy coming into force, certain stretches of the Char Dham project in Uttarakhand, several other projects in the Himalayas and the northeast which fall within 100 km of the border or the LAC will not require the green nod.

The project involves the widening of 899 km of roads in ecologically sensitive areas of Uttarakhand to improve connectivity to Kedarnath, Badrinath, Yamunothri, and Gangotri shrines.

After being challenged by an environmental non-profit organisation in Uttarakhand, Citizens for Green Doon, the Supreme Court had in September 2020 ordered that the carriageway width for the Char Dham project should not exceed 5.5m as prescribed in a 2018 circular of the Union Road Transport Ministry.

The Defence Ministry had then sought a modification in the order to allow the width to be of 10m so that heavy machinery like missile launchers could be easily moved up to the India-China boundary in Uttarakhand.

The top court had then asked a high-powered committee to look into the issue which said the width should be allowed to be of 10m in view of the strategic importance of these highways.

The ministry said that biomass-based thermal power plants (TPP) using auxiliary fuel such as coal, lignite or petroleum products up to 15 percent are already exempted from the requirement of environmental clearance.

“In view of the activity of using the aforesaid fuel mix being eco-friendly, and in order to encourage such activities, the central government deems it necessary to increase the threshold capacity for such TPPs for which environmental clearance shall not be required,” the notification read.