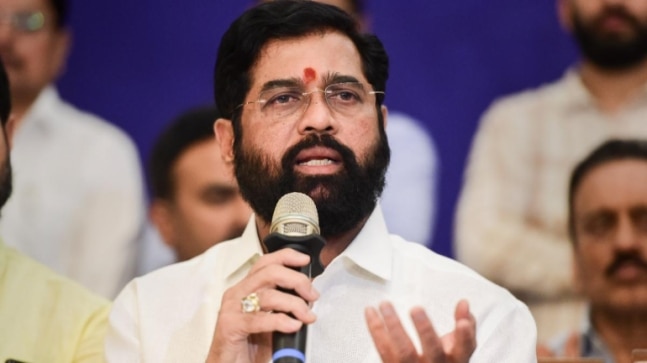 The anti-defection law says that a group of lawmakers can only leave the party to join another party when they have the support of at least two-thirds of the total MLAs of the original party.

With Eknath Shinde set to become the Chief Minister of Maharashtra, the anti defection law will not be implemented as he has the required number of MLAs to avoid this. To avoid the implication of the law, Shinde needed the support of at least two-thirds of Shiva Sena’s tally of 55 MLAs, which he claims he has.

India today spoke to legal experts to understand under what circumstances the anti-defection law wasn’t applied in this case.

The anti-defection law says that a group of lawmakers can only leave the party to join another party when they have the support of at least two-thirds of the total MLAs of the original party.

Former secretary general of the Lok Sabha PDT Achary explained, “If Eknath Shinde is sworn in as Chief Minister and has to form a government, then he has to prove that he has more than 37 Shiv Sena MLAs with him and then prove two-third majority on the floor of the house.”

“If certain people break from the party, then the anti-defection law comes into play. Under the law, whether one person defects or 100 person defects, you are voluntarily giving membership of the party and that may lead to disqualification,” he added.

To explain further, Achary said, “To avoid the anti-defection law, two-thirds of members of the party should support the leader. Then they won’t be disqualified as per the judgment by the Bombay High court.”

In February this year, the High Court of Bombay at Goa held that 10 Congress MLAs and two MGP MLAs, who had defected to the BJP in 2019, are exempted from disqualification and held that a merger of this group of Congress MLAs is deemed to be a merger of the original political party with the BJP.

Explaining further, Supreme Court advocate Ashwani Dubey told India Today that, “If Shinde group with more than two-thirds of MLAs represents a fraction of the real party, it may not attract provisions of the anti-defection law.”

Dubey added that this means that the speaker has recognised the Shinde group inside the house as a party to represent.