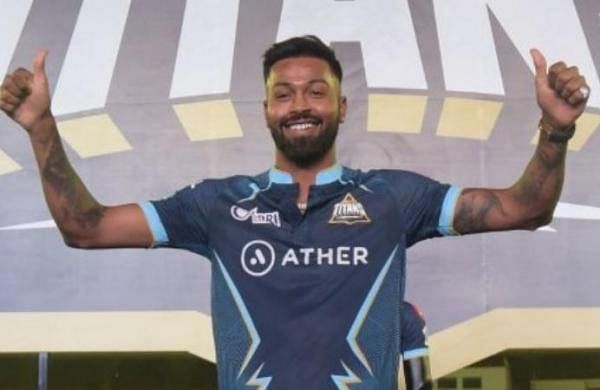 Kirsten, who coached India to the 2011 World Cup title, was all praise for Hardik who excelled both as skipper and player in the team’s very first season.

“He has been fantastic, I’ve looked working with him. He’s a high-profile player in India but he’s incredibly humble, wanting to learn as a leader and engage with his players which I thing is really, really important. He’s tried to help the youngsters, he’s come in and played a different responsibility,” he told the IPL host broadcaster.

On his experience, the South Africa said: “You never stop learning as a coach, every IPL is a learning experience, that’s what I enjoy. I’ve loved working with Ashish (Nehra), he’s really strong tactically – trying to put a gameplan together on the fly is not easy.

“There are so many variable in each game, but what I’ve enjoyed has been the responsibility players have taken to win games for us,” he said.

The team won games from tough situations and that became its hallmark.

“You’re looking for good balance, good depth in the auction but most importantly you’re looking for players who can do different roles, the one thing we’ve learnt with Ashish is finding guys who were versatile, and at 4, 5 and 6 – we’ve got that.

“We all got energy out of it, we’ve had a great bowling attack – through the end we went a bowler strong and a batter light, but we were always confident, just to get good balance in the team,” Kirsten said when asked about contributions from a variety of players over the course of the season.

Wriddhiman Saha, who did well as an opener, said the team proved its critics wrong.

“This is my fifth final and the second final I have won, someone said our team was not good after the auctions, but we proved them wrong,” he said.

David Miller, who enjoyed his best ever IPL, was overjoyed.

“It’s been a phenomenal journey, finishing it at the back end was a special feeling, but it has been a collective effort, everyone has stuck up their hand and performed well,” said Miller.