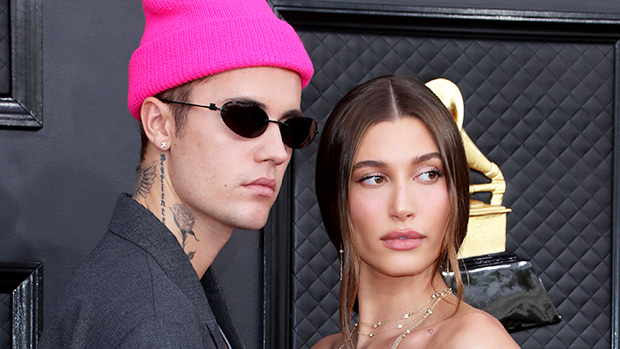 Hailey Bieber appeared on the Call Her Daddy podcast on Sept. 28 and insisted that she NEVER hooked up with her now-husband Justin Bieber during a time while he was dating his ex, Selena Gomez. “Not one time,” Hailey confirmed. “When him and I ever started hooking up or anything of that sort, he was not ever in a relationship. Ever. At any point. I would never. It’s not my character to mess with someone’s relationship. I would just never do that. I was raised better than that. I’m not interested in doing that and I never was.”

She explained that there were times that Justin and Selena “kind of [had] a back and forth,” but even in those cases, there was no overlap. “I can say, period, point blank — I was never with him when he was in a relationship with anybody. That’s the end of it. And I had been involved with him since I was 18.”

Over the years, there has been questions amongst fans about the timeline of Justin and Selena’s relationship, as well as his relationship with Hailey. In Nov. 2015, Justin and Selena were spotted together, but not long after that, he and Hailey were linked for the first time. Justin and Selena also seemingly reconciled their relationship between the fall of 2017 and beginning of March 2018. They were photographed kissing in public multiple times during that period, and Selena even publicly wished Justin a happy birthday on social media that March 1. Although things fizzled out, fans were then shocked to see Justin hot and heavy with Hailey by May. He proposed less than two months after that in July 2018.

Hailey admitted that she understands that the timeline can be confusing, but insisted that Justin and Selena were “not in a relationship” during that reconciliation period. Rather, she explained, they were “closing the door” on that chapter of their lives, which is why he was able to finally move on and marry Hailey. She addressed the confusing timeline later in the interview, as well, adding, “I think there’s a lot of timing and timeline stuff [that people thought] that wasn’t true. That’s just the Internet taking bits and pieces of what they’re seeing from the outside.”

“The timeline of things and a lot of the hate and perpetuation [from fans] comes from [thinking] lie, ‘Oh you stole him,’” Hailey explained. “And I guess that comes from the fact that they wish he ended up with someone else, and that’s fine. Wish that all you want, but that’s not the case.” Justin and Hailey have been married since Sept. 2018 and are going strong. They recently celebrated their fourth wedding anniversary with touching tributes on social media.