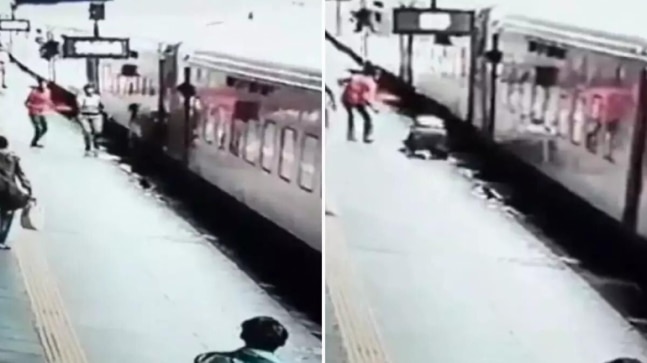 Constable Mandakini Parmar helped a passenger out of the gap between the railway platform and a train at the Ahmedabad railway station, as per a CCTV video.

The entire incident was captured on CCTV. (Image: CCTV captured)

The entire incident was captured on CCTV. The footage soon went viral on social media.

#WATCH | Gujarat: Constable Mandakini Parmar saved the life of a passenger who slipped and got stuck in the gap between a moving train and platform while boarding, at Ahmedabad railway station.

In the video, it could be seen that two women were trying to board the moving train.

Parmar, who was coming from the opposite direction, immediately ran toward the passenger to save her life. Other people and police personnel present at the platform also rushed to rescue the woman.

The video was also shared by the RPF on its official Twitter handle.