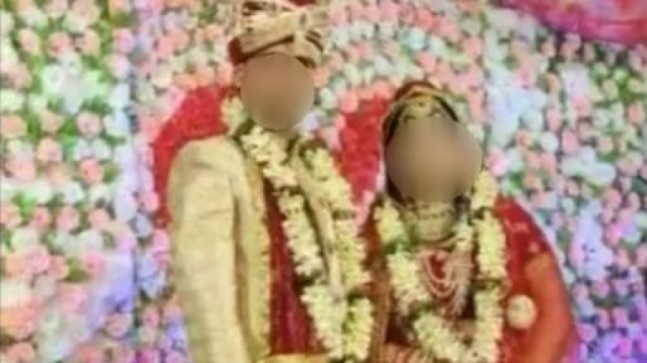 A groom in Bihar’s Motihari refused to get married on his wedding day as he was in love with another woman.

The man was reportedly involved in a relationship with another woman. (Screen grab)

A groom refused to marry the bride on his wedding day in Bihar’s Motihari as he was in love with another woman. The family of the bride demanded the groom’s side to return all the valuables and money spent on the wedding, including the dowry.

As per the reports, the bridegroom backed out of marriage after completing all the rituals and functions, including the ring ceremony and Bhoj Bhaat. He also took a dowry from the bride’s family.

After exchanging garlands with the bride on the wedding day, he backed out and tried to escape the venue.

They tried to convince the groom but when he did not pay any heed to their pleas, the bride’s family asked his family to return all the money, including dowry, to them.