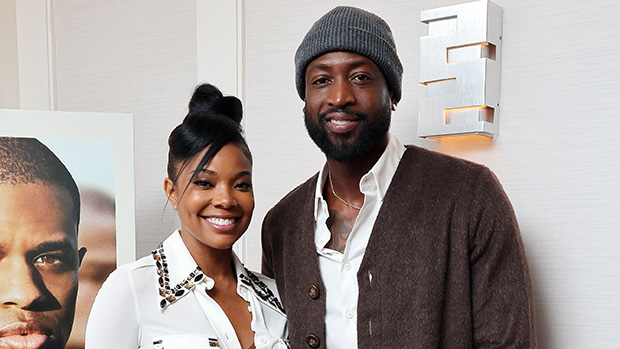 Gabrielle Union opened up about her first marriage recently, saying it was “dysfunctional from day one.” The gorgeous actress revealed that her nuptials to NFL alum Chris Howard in the 2000s was never a fairy tale story, per her Tuesday, Jan. 3 visit to The Armchair Expert with Dax Sheperd. “In our first marriage, neither one of us felt like the marriage should get in the way of our dating,” the Bring It On star explained.

“A part of it was like keeping up with his activities, like, ‘Oh, that’s what you’re doing? You’re going to feel this one,’ and I just felt entitled to it as well,” Gabrielle continued. “I was paying all the bills, I was working my a– off, and I felt like that’s what comes, the spoils of riches.” She went on to explain how that type of thinking lined up with her father’s, which said “whoever has the most gets to do whatever the hell they want.” She added. “It was just dysfunctional from day one.”

With her big reveal making the rounds, fan want to know more about Gabrielle’s marriage to Chris, its dissolution and her new love life with basketball icon Dwyane Wayne, which she often shows off on her Instagram! Keep reading to find out all there is to know about the men who became Gabrielle’s husband, below.

Born in 1975 in Louisiana, Chris soon found his footing as a running back in college at Michigan. He was signed to the Denver Broncos in 1998 and eventually made his way over to the Jacksonville Jaguars, where he found some success before retiring in 2000.

Shortly before he exited the football field for good, Chris met Gabrielle at a party in Jacksonville and they began dating. After a whirlwind romance, they decided to wed in 2001. “It was such a stupid relationship that should have never got out of the dating phase,” Gabrielle said of the marriage on the Armchair Expert podcast.

The actress said she and Chris tried therapy to solve their issues, but the counselor even wanted them to go their separate ways! “[She said] we should probably look for a way to amicably dissolve… because you have not one thing in common, no morals, no values. The only thing you have in common is other people, so why don’t you just go be with other people?”

T.J. Lavin’s Wife: Everything To Know About Roxanne Siordia & Their 10 Year Marriage

After five years of marriage, the couple decided to call it quits and divorced in 2006. “Guys can be just as big as groupies – if not more – than women, so it was a trade off… We were both crappy people going through s— and clearly not going to enough therapy,” Gabrielle ended the discussion on the podcast.

After her divorce from the former NFL player, the actress met and moved on with Dwyane. The pair had first met in 2007 while Dwyane was still married to Siohvaughn Funches, with whom he shares two children, Zaya and Zaire. It wasn’t until two years later that Dwyane asked Gabrielle out on a date. They officially went public in 2010, but broke up for a period of time during which Dwayne fathered a child with another woman.

The pair reconciled and Gabrielle then became a stepmom to Dwayne’s two kids when she married him in 2014. In 2018, the couple welcomed their own bundle of joy in a daughter named Kaavia.

Gabrielle and Dwyane are now going from strength to strength in their relationship, with the couple coming together most recently to support his transgender child, Zaya, whom Dywane often gushed about on his Instagram. The athlete even took to the courts to have Zaya’s name and gender legally changed, according to The Blast.

Back in February 2020, Dwyane appeared on The Ellen DeGeneres Show to discuss the heartfelt moment when Zaya asked Dwyane and her stepmom Gabrielle to call her by her new name. “We are proud parents of a child in the LGBTQ+ community and we’re proud allies as well,” Dwyane said on the show. “We take our roles and responsibilities as parents very seriously.”