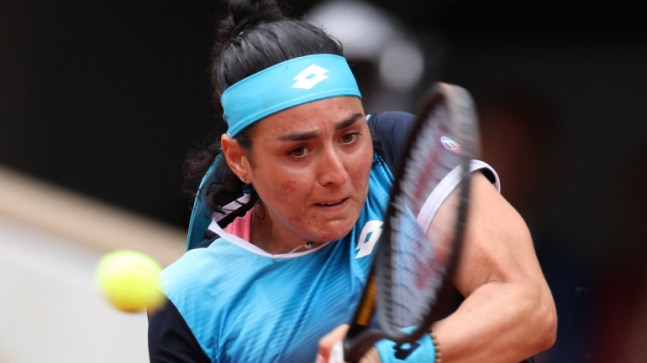 World No.6 Ons Jabeur failed to go beyond the first round of the French Open 2022 after losing to Poland’s World No.52 Magda Linnete.

Magda broke Jabeur early in the first set, but the 27-year-old made a stupendous comeback to win the first set in 37 minutes. The second set turned out to be a cliff-hanger as it went into the tie-breaker, but it was Linnete who held her nerve to come up trumps in 59 minutes.

The third set was all about Jabeur trying to play catch-up as Linnete hardly allowed her opponent to dictate terms. Unforced errors flowed from Jabeur, who couldn’t execute some shots she would have nailed in her sleep the other days.

Jabeur pulled off as many as 10 aces compared to Linnete’s one, but it wasn’t enough for her to qualify for the next round. Jabeur came into the tournament, having won 17 matches on clay and becoming the only player to qualify for three clay-court finals.

Before the start of the French Open, Jabeur was on the cusp of becoming the first Arab woman to win a Grand Slam, keeping in mind her form. But that won’t be the case anymore after her loss to World No.52 Linnete.