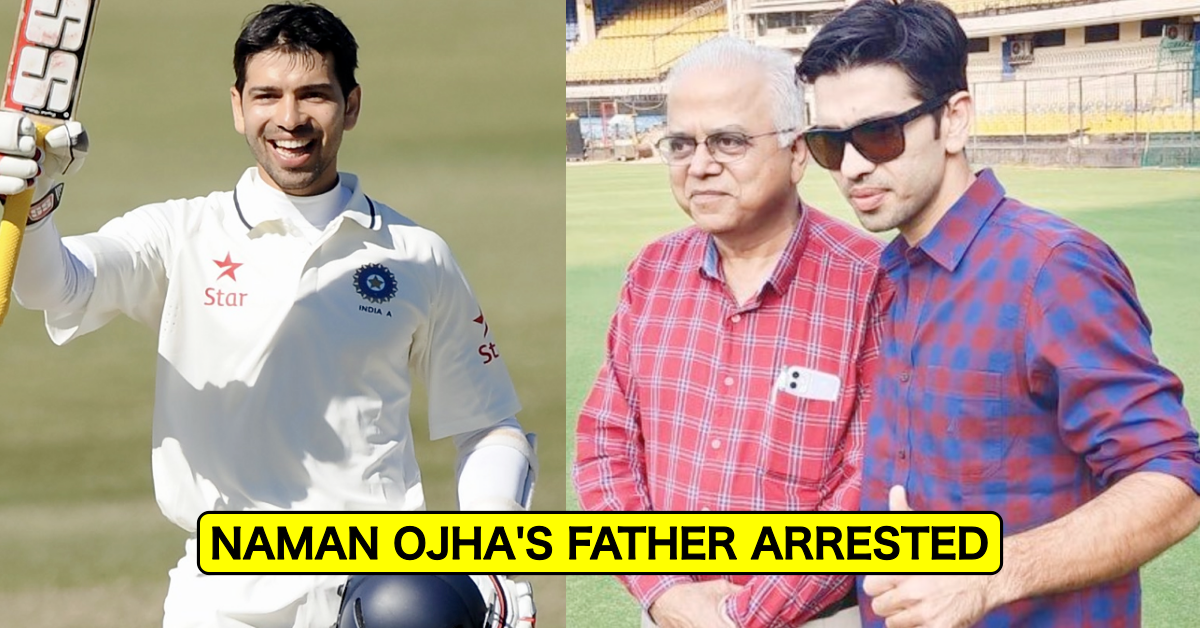 The Madhya Pradesh Police arrested former Indian cricketer Naman Ojha’s father on Monday in connection with the accusation of embezzlement of funds in the Betul district in 2013.

In 2013, Vinaykumar Ojha was the manager of the Bank of Maharashtra’s Jaulkheda branch in Betul. In 2014, police in the Multai town area complained of alleged embezzlement of an estimated Rs.1.25 crore.

VK Ojha was on the run until he was apprehended on Monday. Officials also stated that the other accused in the case had previously been apprehended. VK Ojha was arrested and taken to a local court that day, after which he was placed in police custody for a day. He is currently being brought into question.

The First Information Report (FIR) was filed on June 19, 2014, in response to allegations filed by the then-bank manager, Ritesh Chaturvedi. It was about the alleged transfer of the loan amount from the Kisan Credit Card (KCC), for which 34 fake accounts were managed to open at the branch. Police have confirmed that the amount was later withdrawn.

“The case was registered under the Indian Penal Code (IPC) Sections: 409 (criminal breach of trust by public servant), 420 (cheating), 467 (forgery of valuable security), 468 (forgery for the purpose of cheating), 471 (forged documentation) and 120-B (criminal conspiracy),” a police official told PTI.

Naman Ojha made his India Test debut against Sri Lanka:

On August 28, 2015, he made his Test debut for India against Sri Lanka. In 2016, Naman Ojha was named captain of the India A team, which competed in two unofficial ‘Tests’ and a four-nation One-day tournament in Australia. Ojha had a spectacular India A tour to Australia in 2014, when he hit a double hundred and a hundred in a four-day match.

Sunrisers Hyderabad signed him in the 2014 IPL auctions for a price of 83 lakh Indian rupees. Sunrisers Hyderabad had been looking for an Indian batsman to supplement their star-studded top order. And later Delhi Daredevils acquired him in January 2018. On February 15, 2021, he will retire from all forms of cricket.