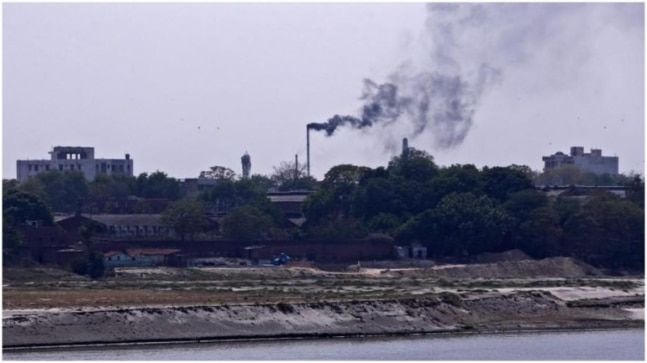 The recent global reports on indicators ranging from religious freedom to the value of the passport have attracted both massive attention from the public and strong opposition from the Indian government. While the government has chosen to selectively endorse certain reports and indices, it has outrightly rejected the others.

Here’s a look at India’s performance in some of the prominent indices.

For the second year in a row, the US Commission on International Religious Freedom (USCIRF) has placed India on the list of “Countries of Particular Concern” or CPCs. In this list, India has been placed alongside countries like Afghanistan, China, North Korea, Pakistan, Saudi Arabia and a few others.

“In 2021, religious freedom conditions in India significantly worsened. During the year, the Indian government escalated its promotion and enforcement of policies—including those promoting a Hindu-nationalist agenda—that negatively affect Muslims, Christians, Sikhs, Dalits, and other religious minorities. The government continued to systemize its ideological vision of a Hindu state at both the national and state levels through the use of both existing and new laws and structural changes hostile to the country’s religious minorities,” the report states.

The Environment Performance Index 2022, by the World Economic Forum, has ranked India last among 180 countries on the list. According to the report, India’s 10-year change in terms of environmental performance was in the negative range (-0.60). Even countries like Pakistan, Bangladesh, Vietnam, and Myanmar rank ahead of India on the list.

“The United States, along with China, India, and Russia, will account for over 50% of global greenhouse gas emissions in 2050 unless decision-makers in these countries strengthen climate change policies and accelerate decarbonization efforts,” the report states.

The report also observes that most low scoring countries are those that have prioritised economic growth over sustainability, or those that are struggling with civil unrest and other crises. “India, with increasingly dangerous air quality and rapidly rising greenhouse gas emissions, falls to the bottom of rankings for the first time,” it states.

In comparison to 2021, India’s passport power improved in the first quarter of 2022. In Q1, India was ranked 83rd in the Henley Passport Index, up seven places from previous year’s ranking of 90th. However, in Q2, India slipped down to the 85th place sharing it with Mauritania and Tajikistan. India ranks behind countries like Rwanda, Sierra Leone, Uganda, Zimbabwe etc.

In 2014, India was at the 76th place. In the following year, it plummeted straight down to the 88th place. Since then, India’s position has been consistently in the 80s with 2021 being the only exception when it touched the 90 mark.

This report by the World Inequality Lab clearly states that India is now among the most unequal countries in the world. According to the report: “The average national income of the Indian adult population is INR 204,200. While the bottom 50% earns INR 53,610, the top 10% earns more than 20 times more (INR 1,166,520). While the top 10% and top 1% hold respectively 57% and 22% of total national income, the bottom 50% share has gone down to 13%. India stands out as a poor and very unequal country, with an affluent elite.”

The report also talks about stark gender inequality in India. As per the report, the share of female labour income is a meagre 18 per cent. This value is one of the lowest in the world, slightly higher than the average share in the Middle East (15 per cent).

India’s ranking in the World Press Freedom Index 2022 fell down to 150 out of the 180 countries that were ranked. The report, published by Reporters Sans Frontieres (RSF) or Reporters Without Borders, ranks countries according to the level of freedom available to journalists. Since 2016, when India was rated 133, its standing in the index has been steadily declining.

In the index, India is merely six places ahead of Afghanistan and seven ahead of Pakistan. India’s factfile in the report declares India as one of the world’s most dangerous countries for the media.

The report further observes, “With an average of three or four journalists killed in connection with their work every year, Journalists are exposed to all kinds of physical violence including police violence, ambushes by political activists, and deadly reprisals by criminal groups or corrupt local officials. Supporters of Hindutva, the ideology that spawned the Hindu far right, wage all-out online attacks on any views that conflict with their thinking. Terrifying coordinated campaigns of hatred and calls for murder are conducted on social media, campaigns that are often even more violent when they target women journalists, whose personal data may be posted online as an additional incitement to violence. The situation is also still very worrisome in Kashmir, where reporters are often harassed by police and paramilitaries, with some being subjected to so-called “provisional” detention for several years.”