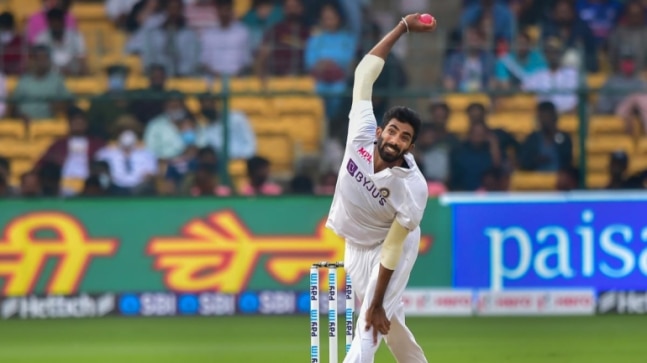 ENG vs IND, 5th Test, Jasprit Bumrah is set to lead India in the rescheduled Test, starting Friday, July 1 at Edgbaston in Birmingham.

Jasprit Bumrah is set to lead India in their one-off Test match against England to be played from Friday, July 1 at Edgbaston in Birmingham. Bumrah was named the skipper after Rohit Sharma was ruled out of the game after he tested positive for Covid-19.

On Wednesday, June 29, Team India head coach Rahul Dravid said that the medical team would take a call on whether Rohit was fit to take part in the red-ball match. Rishabh Pant, who captained India in the five-match T20I series against South Africa, has been named as Bumrah’s deputy.

Bumrah, in the meantime, has become the first genuine pacer after Kapil Dev to lead India in the purest format of the game. Kapil captained the Indian Test team from 1983 to 1987 and picked up 111 wickets with four five-wicket hauls to show for his efforts.

In 29 Test matches for India, Bumrah has picked up 123 wickets with two four-wicket hauls and as many as eight five-wicket hauls. Back in 2019, the speedster also picked up a hat-trick against the West Indies and became the third Indian bowler after Harbhajan Singh and Irfan Pathan to achieve the milestone.

Over the years, Bumrah has suffered from a lot of injuries and missed quite a few matches. However, the seamer has kept making a comeback. He has also been exceptional for the Mumbai Indians (MI) in the Indian Premier League (IPL).