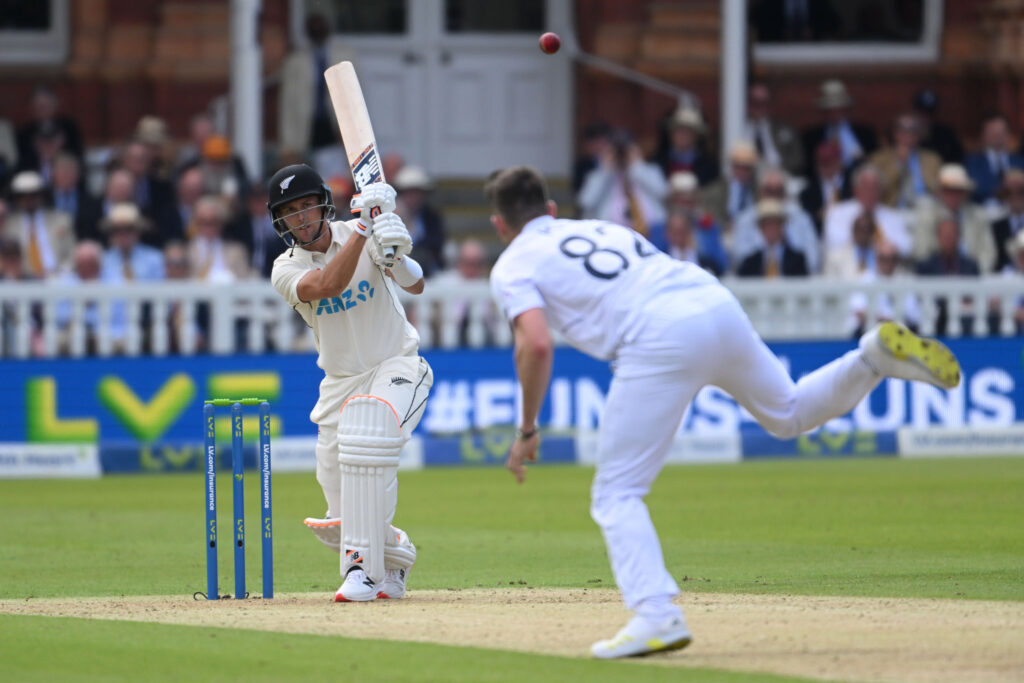 New Zealand pace bowler Trent Boult on Tuesday (June 14) etched his name in the record books for his batting in the second Test against England at Trent Bridge in Nottingham. Boult scored 17 off 15 balls in New Zealand’s second innings, where the visitors gained a lead of 298.

Boult had scored 16 runs in the first innings and levelled former Sri Lankan player Muttiah Muralitharan’s record of 623 runs, the most at the No.11 position in Test cricket.

Trent Boult leads the charts of most runs at No.11 in Test cricket

Boult achieved the feat when he hit the first four off the bat in the second innings to overhaul Muralitharan at No.11 in red-ball cricket. Boult hit four boundaries before holing out to England captain Ben Stokes off James Anderson’s bowling, as New Zealand were bowled out for 284 with Daryl Mitchell unbeaten on 62.

England won the second Test on the back of a rampant Jonny Bairstow’s batting display on Day 5. The Yorkshire player scored the second-fastest hundred by an England batter in 77 balls, one short of the record held by Gilbert Jessop in 1902 against Australia.

Bairstow obliterated the New Zealand bowling attack comprising Boult, Tim Southee, Matt Henry and Michael Bracewell in the chase. The capacity crowd at Trent Bridge was fortunate enough to witness Bairstow’s brutal shots, including 14 boundaries and seven sixes at a strike rate of 147.83, which is the highest strike rate while chasing a target in a Test match.

Stokes played the second fiddle during his 179-run alliance with Bairstow but once the latter was caught behind off Boult’s bowling, the England skipper charged down to provide the finishing touches with an undefeated 75 in 70 balls (10 fours and four sixes).

Also Read: NG vs NZ: Jonny Bairstow Believes ‘He Was Just Trying To Do What The Captain Said’