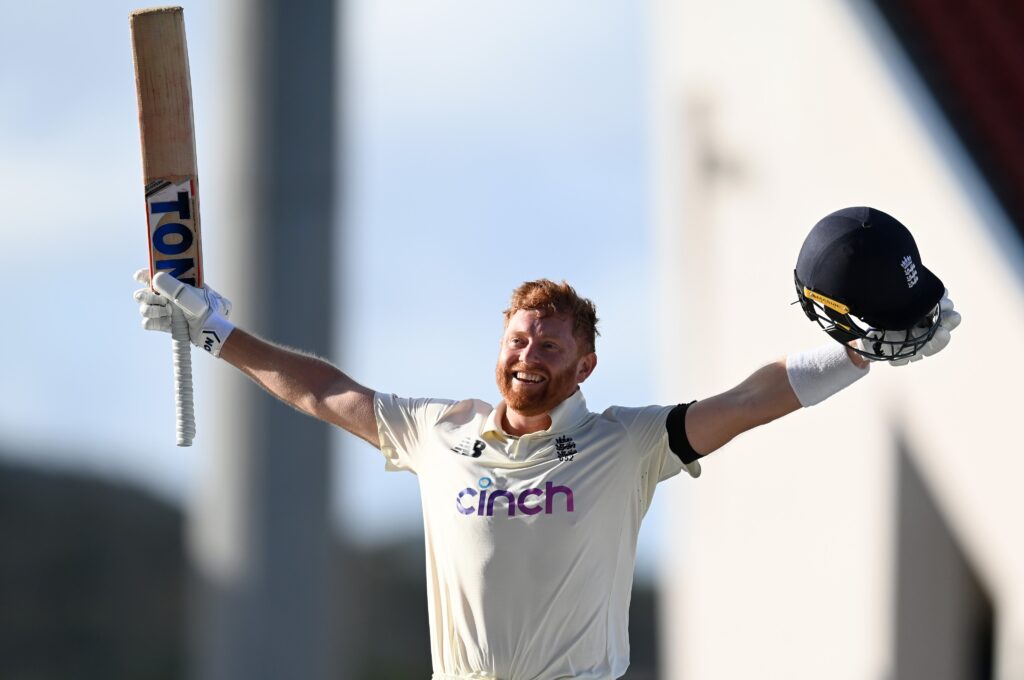 Star England batter Jonny Bairstow, who played a key role in England’s 5-wicket win over New Zealand at the Trent Bridge in Nottingham, said that he has always tried to be positive in his approach in cricket.

Jonny Bairstow played unbelievable innings on the Day 5 of the Nottingham Test against New Zealand. While chasing the target in the 4th innings of the Test match on the final day, Jonny Bairstow completed his century off 77 balls to score the second-fastest hundred by an English player in Test cricket.

Jonny Bairstow was able to score 136 runs off 92 balls including 14 impressive fours and 7 amazing sixes and he batted with a strike rate of 147.83.

Meanwhile, England completed the 299-run chase in an unbelievable fashion in just 50 overs. Also, with the 5-wicket win, England won the 3-match series as they had won the Lord’s Test with the help of Joe Root’s sensational innings.

Speaking to TMS after the game, he was pressed on the impact of the faith put in him by newly appointed captain Ben Stokes and head coach Brendon McCullum. He responded:

“It means a lot. There are going to be times when it doesn’t come off, that’s part and parcel of it but if you keep the intent that you’ve shown. The way in which I’ve gone about my cricket has always been try and be positive.”

Jonny Bairstow asserted that he has always tried to take positive options and the downfall is part and parcel of the game. He said:

Bairstow added that he is proud of himself for scoring runs for England in tough situations and changing the games single-handedly. He asserted:

“That’s one of the things that I pride myself on. The runs that I’ve scored when it’s been tough but also how I’ve been able to change games of cricket when we’ve been going alright and also when it’s been tricky as well.”

Jonny Bairstow further said that even though they lost 4 wickets for 93 runs the belief was still there to win the match. He asserted:

“I know that we were three or four wickets down but the belief was still there. We’ve had people that have come down and played special knocks and that’s exactly what we fully believed this morning when we were coming to the ground.

“We wanted to take some wickets and that’s exactly what we did. They played well all the way through and fortunately, we were brave enough to take this challenge on. We took it on straight from the horns.”