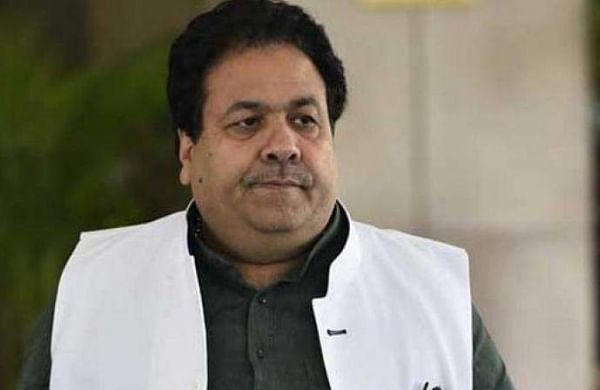 KOLKATA: Board of Control for Cricket in India (BCCI) Vice-President Rajeev Shukla on Wednesday said that the board’s efforts to organise IPL (playoffs) at Eden Gardens paid off as the stadium was packed for the Qualifier 1 between Gujarat Titans and Rajasthan Royals.

“The best part is that four teams have reached the playoffs. I was very happy that the Eden Gardens was packed to capacity. Kolkata has the best fans, so I think it is good that the match took place here,” Rajeev Shukla told reporters.

David Miller played a ballistic knock of 68 from 38 balls and captain Hardik Pandya’s 40 off 27 balls guided debutants Gujarat Titans to a seven-wicket win over the inaugural champions Rajasthan Royals at the Eden Gardens here on Tuesday.

GT’s David Miller struck five sixes, including three in the final over when 17 runs were needed in a thrilling chase of 189 as Gujarat Titans became the 3rd team to reach the final in their debut season.

“It was an exciting match…remaining matches will give a clear picture of the final…Our efforts to organise IPL (playoffs) at Eden Gardens paid off as the stadium was packed,” Shukla added.

With Gujarat Titans in the final, the playoff between Lucknow Super Giants and Royal Challengers Bangalore is set for Wednesday at the Eden Gardens. Rajasthan Royals still have a glimmer of hope to make it to the final and the winner of today’s match in the second qualifier. The final will take place on May 29.