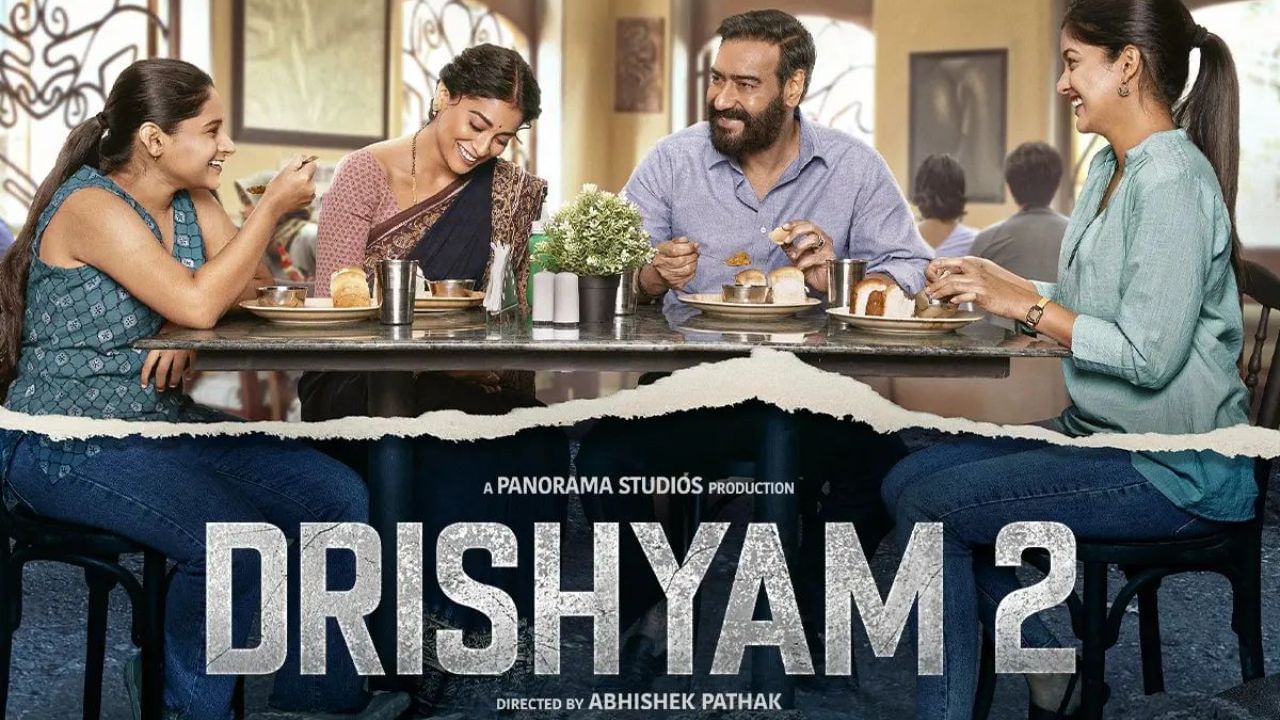 The teaser of Ajay Devgan’s film ‘Drishyam 2’ has been released. Looking at this teaser, it seems that a murder mystery is about to be solved again.

Ajay Devgan’s film ‘Drishyam’ was liked by the people. The film was also highly appreciated by the critics. The film, made on the murder mystery, also created a ruckus at the box office. This film did very well. movie ‘Drishyam’ The story of this kept revolving in the minds of the people for a long time. People were waiting for a long time for the second part of this film. But the wait of the people is about to end now. The teaser of the film has been released.

Watch the teaser of the film ‘Drishyam 2’ here-

Ajay Devgan shared the poster of the film

The sequel of this film is going to come soon. Ajay Devgan recently also shared the poster of the film. Posting the poster, Ajay Devgan wrote in the caption, ‘Remember what happened on 2nd and 3rd October, don’t you? Vijay Salgaonkar is making a comeback with his family. After this announcement of Ajay Devgan, now people are eagerly waiting for the film.

Check out the posters of the film ‘Drishyam 2’ here-

Ajay Devgan’s film ‘Drishyam’ came in the year 2015. It was the Hindi remake of the South film. However, this film was given a lot of love by the people. This film also proved successful at the box office. Seeing the success of this film, the makers thought of bringing its second part. Now the teaser of the second part of the film has been released. Shriya Saran was seen with Ajay Devgan in this film and she is going to be seen again with Ajay Devgan.

‘Drishyam 2’ to release on November 18

For your information, let us tell you that Ajay Devgan recently shared a picture, in which some old bills were seen in his hand. Sharing this picture, Ajay Devgan wrote that, ‘Some old bills have been taken.’ Along with this, a CD of Swami Chinmayanand’s satsang was also seen in his hand. This film is going to be released in theaters on November 18.


Ajay Devgan will be seen in many more films

Ajay Devgn On the work front, he will soon be seen in ‘Thank God’. However, controversy is going on regarding this film. Along with this, Ajay Devgan will also be seen in the film ‘Bhola’.