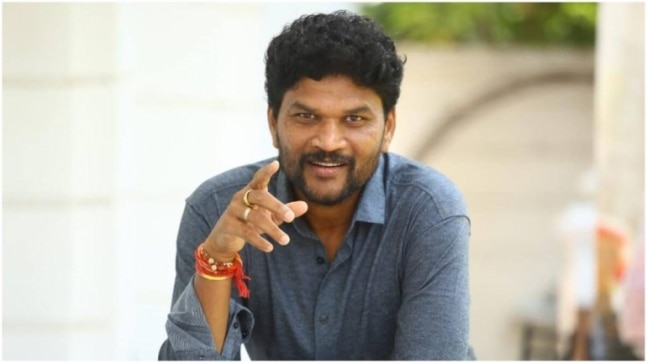 Sarkaru Vaari Paata director Parasuram Petla apologised to the devotees of Narasimha Swamy for a dialogue in the film. He also recently visited Simhachalam Narasimha Swamy temple in Telangana.

Parasuram Petla, director of Sarkaru Vaari Paata apologised to the devotees of Narasimha Swamy for dialogue in his film. The dialogue, which was based on the avatar of the Hindu god Vishnu, sparked controversy in one of the face-off scenes featuring the lead actor Mahesh Babu and Samuthirakani. Parasuram also recently visited Simhachalam Narasimha Swamy temple in Telangana.

PARASURAM APOLOGISES FOR DIALOGUE BASED ON NARASIMHA SWAMY

Sarkaru Vaari Paata starring Mahesh Babu and Keerthy Suresh performed well at the box office. However, few scenes from the film received backlash. Now, director Parasuram Petla apologised to the devotees for dialogue in the film. Samuthirakani, who is playing the antagonist in Sarkaru Vaari Paata, said a dialogue in which he compared himself to a Hindu God.

“Do you have any idea why Lord Narasimha is covered in sandalwood paste? Because the average person can’t stand his ‘Ugra Rupam’ (extreme form). You can’t stand my wildest version, either,” said the villain in the film.

The comparison of a villain to a sacred God ended up in controversy. As per media reports, when the director was asked about the Narasimha Swamy dialogue in the film, Parasuram said that he was a big devotee of Narasimha Swamy and had visited the temple even before the film’s release. He also added that the dialogue that has hurt the sentiments of people was not intended, and he even apologised, saying that he didn’t want to hurt the devotees’ feelings.

ALL ABOUT SARKARU VAARI PAATA