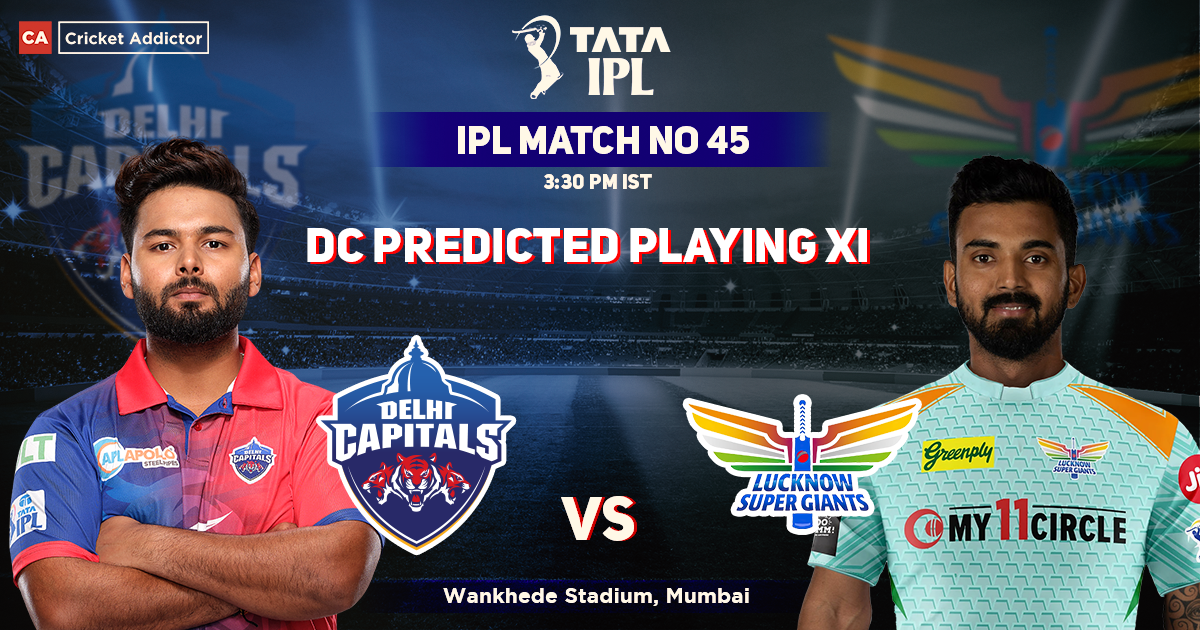 Delhi Capitals will lock horns with Lucknow Super Giants in their next match of IPL 2022. The DC vs LSG match takes place on May 1 (Sunday) at Wankhede Stadium in Mumbai. Delhi Capitals is led by Rishabh Pant. The team has played 8 matches so far. DC has won 4 games and lost 4. They have 8 points in their kitty.

Prithvi Shaw might be the opener for the team in the next match of IPL 2022 as well. The right-handed batsman has scored 254 runs in 8 games so far at an average of 31.75. He has also hit 2 half-centuries. With his strike rate of 163+, Shaw has managed to provide a quick start to the team. He got out for a duck in the last match but will aim to come back stronger in the next.