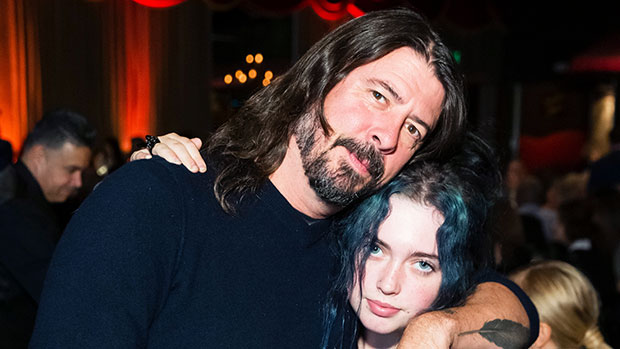 If there were any dry eyes left at Wembley Stadium by the time Violet Grohl took the stage, there certainly weren’t any after Dave Grohl’s daughter performed. Violet, 16, was one of the featured performers at the first Taylor Hawkins Tribute Concert, taking place at the hallowed London venue. In a lineup that featured Stewart Copeland, Liam Gallagher, Chrissie Hynde, Joshua Homme, Geddy Lee Kesha, Nile Rodgers, John Paul Jones, Brian May, Lars Ulrich, and Kesha, it was the teenage Grohl who stole the spotlight with her touching renditions of two Jeff Buckley songs.

Before the ingenue took the stage, Dave paid tribute to his late band mate Taylor, calling him a “musicologist” who “knew more about music” than anyone Dave had previously met, per NME. “He constantly turned me onto albums I’d never heard before,” Dave added. “One of them was Jeff Buckley’s ‘Grace’, which is a classic album. So tonight, seeing as we’re honoring the music that Taylor loved, we’re gonna play a couple of songs from Jeff Buckley’s ‘Grace’.”

After introducing the band made up of himself, Alain Johannes, Jason Falkner and Chris Chaney, Dave welcomed Violet to the mic, deeming her “the only person I know who can actually sing a Jeff Buckley song,” according to the outlet. Violet then wowed the crowd with her dulcet tones on renditions of Jeff’s songs “Last Goodbye” and “Grace”.

In the months since Taylor’s passing, Dave, 53, has kept a low profile. The band canceled all shows for the foreseeable future and Dave’s only major public appearance was alongside close friend Paul McCartney at Glastonbury. Dave joined Sir Paul, 80, for a performance of The Beatles’ “I Saw Her Standing There” and Wings’ “Band On The Run.” Dave came back out to join Bruce Springsteen and Paul in a performance of “Glory Days” and the Beatles’ “I Wanna Be Your Man,” as well as “The End” (per Kerrang.)

First announced in June, this first tribute show took place nearly six months after Taylor was found dead in his hotel room in Bogotá, Colombia. A definite cause of death has yet to be revealed to the public. “The Foo Fighters family is devastated by the tragic and untimely loss of our beloved Taylor Hawkins,” the band announced in a statement posted online. “His musical spirit and infectious laughter will live on with all of us forever. Our hearts go out to his wife, children, and family, and we ask that their privacy be treated with the utmost respect in this unimaginably difficult time.”

“As Taylor’s wife, and on behalf of our children, I want to share how much you meant to him and how dedicated he was to ‘knocking your socks off’ during every performance,” Taylor’s widow, Alison Hawkins, wrote in her first statement following the loss of her husband and father to her three children. “Taylor was honored to be a part of the Foo Fighters and valued his dream role in the band every minute of his 25 years with them. We considered every band member and the extended Foo Fighters team our family.”

Taylor Hawkins’ Kids: Everything To Know About Late Drummer’s 3 Children

A second tribute show is set for Sept. 27 at the Kia Forum in Los Angeles. The lineup for the second tribute show features many of the performers from the Wembley lineup, along with Sebastian Bach, Miley Cyrus, Geezer Butler, Joan Jett, Pink, Mark Ronson, Gene Simmons, Chad Smith, and Nancy Wilson.