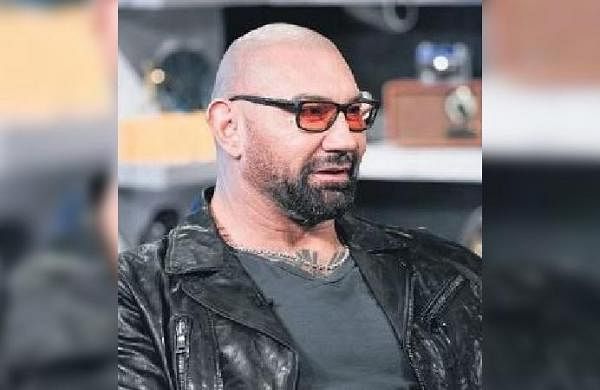 Dave Bautista has put his name forward for involvement in Netflix’s recently announced Gears of War movie, which is currently in development. And he has expressed his interest to play the main character, Marcus Fenix.

Taking to Instagram, the actor uploaded an old promo clip of himself wearing the signature armour of the game’s lead character, Fenix, and shared the video to Twitter as well for maximum exposure. He captioned the video: “I can’t make this any easier.” Bautista has a long relationship with Gears of War, previously lending his likeness to Microsoft to allow players the chance to unlock a character based on him for the sequel’s multiplayer modes, while players can use the character as part of the current instalment, Gears of War 5.

Bautista’s relationship with the franchise goes even beyond lending his likeness and being a fan. The actor had previously revealed that he turned down a role in the blockbuster Fast and Furious franchise during a meeting, to pitch a Gears movie to Universal instead.

But, sadly, the studio didn’t go for it then, but it looks like it is finally happening. Bautista has a strong working relationship with Netflix. He will next be seen in Glass Onion: A Knives Out Mystery for the streamer, having previously filmed Army of the Dead for them. Furthermore, he was reported to be in talks to star in Unleashed, a cop-and-dog story.

The Gears of War adaptation is part of a spate of other video game adaptations Netflix is currently working on. They have a movie based on Bioshock, an Assassin’s Creed series planned, and an adaptation is currently in development for the stunning Horizon Zero Dawn series.