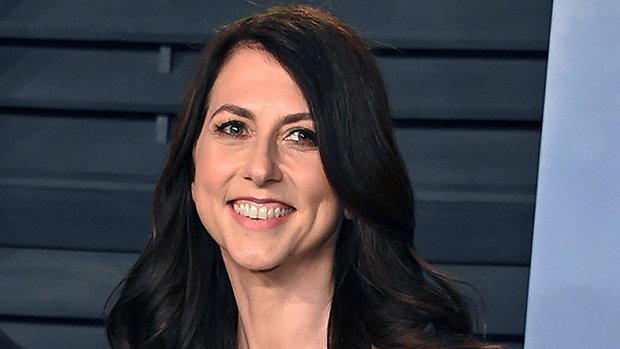 MacKenzie Scott, the ex-wife of Jeff Bezos, filed for divorce from her second husband Dan Jewett on Monday, September 26, per The New York Times. The split comes about three years after Mackenzie, 52, and Jeff, 58, finalized their divorce after 25 years of marriage. The details of their split and division of property are determined in a private separation contract.

Back when the pair tied the knot in March 2021, Dan had announced their wedding in a joint statement on their Giving Pledge pages. “In a stroke of happy coincidence,” wrote Dan, “I am married to one of the most generous and kind people I know—and joining her in a commitment to pass on an enormous financial wealth to serve others.”

Dan and Mackenzie’s marriage came just over two years after the philanthropist and her ex-husband announced that they were divorcing. Mackenzie and Jeff said in January 2019 that “after a long period of loving exploration and a trial separation, we have decided to divorce and continue our shared lives as friends.” Three months later, they finalized the split, with Jeff retaining 75% of the couple’s Amazon stock and all of their ownership of the Washington Post. MacKenzie walked away with roughly 4% of Amazon, a stake worth an estimated $36 billion at the time. Since then, MacKenzie has given much of it away, a trait that has won the heart of one Dan Jewett. Here’s what you need to know about MacKenzie’s new husband.

What does Dan Jewett Do?

Dan Jewett is a longtime science teacher. He worked at Seattle’s Lakeside School, an elite private school for grades 5-12, according to the Washington Post. The school boasts Bill Gates as a graduate, and Jeff and MacKenzie’s children – three sons and a daughter – have been attending Lakeside since 2019. Dan and MacKenzie apparently connected this way, and it’s unclear if he’s still employed at Lakeside. As of Monday (March 8), shortly after his marriage to MacKenzie made news, his name was no longer listed in the staff directory, hinting that he may have resigned (h/t PEOPLE.)

“I have been a teacher for the majority of my life,” Dan wrote in his Giving Pledge statement, “as well as a grateful student of the generosity of those around me. This has meant doing my best to follow their example by passing on resources of all kinds—from time, to energy, to material possessions—when I have had them to give.”

When Did Dan Jewett And MacKenzie Scott Get Married?

It’s unclear exactly when Dan and MacKenzie met or when the couple tied the knot. Being worth $53 billion, according to Forbes, has afforded MacKenzie a level of privacy. “I’ve been calling this discreet transparency. It’s basically transparency but entirely on the givers’ own terms,”  Benjamin Soskis, a senior research associate in the Center on Nonprofits and Philanthropy at the Urban Institute, told The New York Times about this kind of discretion and narrative control. “It gives a simulacrum of transparency, but it’s still entirely discretionary.”

Does Dan Jewett Have Any Kids?

It’s uncertain if Dan has any adult children from a prior relationship. According to MacKenzie’s Amazon bio, she and Dan live in Seattle with her four children.

What Did Dan Say About Mackenzie?

“It is strange to be writing a letter indicating I plan to give away the majority of my wealth during my lifetime, as I have never sought to gather the kind of wealth required to feel like saying such a thing would have particular meaning,” wrote Dan at the start of his Giving Pledge statement. “Recognizing how much I have to learn from those unlike me has led me to a partner similarly inclined. I have seen many ways that MacKenzie has seen her efforts enhanced when she acts on the belief that those with common values but different perspectives, strengths, and experiences are essential to effecting positive change. We are united in that understanding and in our excitement for all we have to learn from so many people working in service of others.”

“I have no doubt that tremendous value comes when people act quickly on the impulse to give,” wrote MacKenzie. While she didn’t mention her new husband in her statement, she did speak about the value of everyday heroes who have a huge effect on our lives. “No drive has more positive ripple effects than the desire to be of service. There are lots of resources each of us can pull from our safes to share with others — time, attention, knowledge, patience, creativity, talent, effort, humor, compassion. And sure enough, something greater rises up every time we give: the easy breathing of a friend we sit with when we had other plans, the relief on our child’s face when we share the story of our own mistake, laughter at the well-timed joke we tell to someone who is crying, the excitement of the kids in the school we send books to, the safety of the families who sleep in the shelters we fund. These immediate results are only the beginning. Their value keeps multiplying and spreading in ways we may never know.”

Do Dan and MacKenzie’s Ex, Jeff Bezos, Get Along?

It would be awkward to have one of the richest men on the planet as your enemy, but Jeff Bezos stated support of his ex-wife finding new love. “Dan is such a great guy, and I’m happy and excited for the both of them,” said Bezos, per the Washington Post.