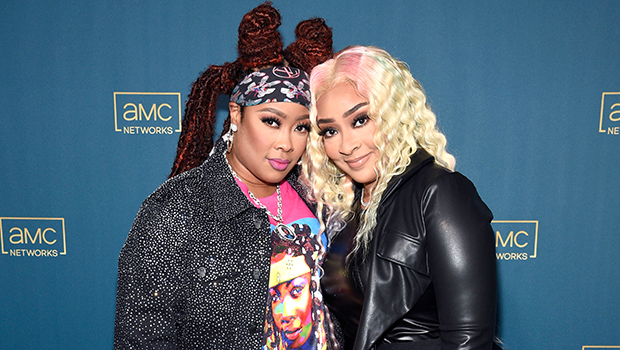 Da Brat and Jesseca “Judy” Dupart are welcoming fans back into their lives in the highly-anticipated second season of Brat Loves Judy. Brat and Judy will be walking down the aisle this season, and there’s plenty of drama leading up to the big day. The couple spoke EXCLUSIVELY with HollywoodLife about their wedding and their future, including plans for kids!

“We can say that we’re excited. We can also say that there were a lot of hiccups that we didn’t anticipate, but a lot of it’s coming in the season so we try to speak around it and not directly to it. But we’re excited,” Judy revealed about their plans to expand their family.

Da Brat admitted that she didn’t think having a family was “in the cards” for her until she met Judy. “I felt like I am everybody’s godmother. I have like 15 godchildren. I love kids, though,” Brat told HollywoodLife. “I just felt like it wasn’t meant for me, but then I met this lady [Judy] right here, and I just wanted to be free. I just came out of the closet, and I just wanted to experience everything that I’ve never thought that I would do or got to experience. I’m so excited about it. It’s like a whole second look at life. I never thought that I would get married, and I just had a beautiful wedding. I have a beautiful wife. I have someone who completes me. It’s just crazy and now we’re thinking about [kids].”

The couple tied the knot in February 2022, and their wedding will be featured in the new season of Brat Loves Judy. Brat admitted that “there was hesitation” about filming their nuptials for the show.

Judy added, “We understood that if we gave it to television that we probably will sacrifice some of our close friends being there, and with that being said, we also know that we’ve given the public a big part of our life. So it just was making a decision on letting them come in, but to the capacity of what we let them come into. They followed the behind the scenes the whole entire time up until the day of. They got to get a glimpse at it. That’s what I’ll say. You get to see it, but you get to see all the bullsh*t that happens on a wedding day.”

This June marks Brat and Judy’s first Pride Month as a married couple. “I was in the closet for so long. I wish I would have come out a long time ago, but I hadn’t met her yet. She’s the reason I was like, it feels so good to be free,” Brat admitted. Judy revealed that they’ll be going to Harlem Pride to celebrate, and she’ll be attempting to set another Guinness record.

Season 2 will also chart Brat’s journey as an independent artist, which has been an eye-opening experience for the rapper. “It is not easy. Not having a record label and that monster machine behind you doing everything, you start seeing all the little things that have to get done, like you have to pay for the mixing of the songs,” Brat said.

Brat continued, “That can be anywhere from $2,500 to $10,000 depending on how good the person who’s mixing it is per song. You have to pay for the video shoot yourself. You have to pay for everything. But in the long run, the payback is better for you. But it is definitely harder. It’s harder being independent, but I think it teaches you a lot and it teaches you a lot of things that you didn’t know about the industry. I’m having fun doing it. It gets frustrating a lot, and you’ll see some of that throughout the show. I’m loving the music that I’m coming up with. That’s never been a hard part for me doing the music.”

Da Brat is open about the fact that she waited 25 years to come out. If she had the opportunity, she would tell her younger self to “get some strength and don’t worry about what people say. Back then, we were afraid of losing our careers. It was not cool back then.”

She continued, “Had I met this one [Judy] back then I probably wouldn’t have cared. But I just felt like being in the industry, it was safer for my career to just keep it to myself. I always just said, ‘That’s the only thing I have private is my private life, so I’m not going to share it.’ That’s how I was able to be okay with being in the closet. I think it’s okay today, so I’m telling everybody who felt the same way I did back then to just be yourself and handle it the best way you can. But feeling free, there’s nothing like it. There is nothing like being free — free from everything, free from what people say, free to just be yourself, free to wear what you want to wear, do what you want to do, love who you want to love, free from prison.” Brat Loves Judy will air Thursdays at 9 p.m. on WE tv.