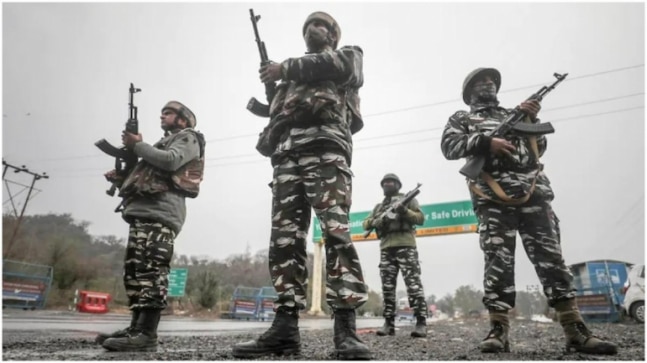 Full body truck scanners for Jammu and Kashmir could soon be in the offing. The security forces in J&K have been on a hunt for an effective truck scanner for over a decade.

Recently, a two-member team of Central Reserve Police Force (CRPF) officials flew down to San Diego, US to look for “state of the art” truck scanners. The two member team spent time in a specialised company, which also included field trials.

The team led by a Special DG and IG rank officer who were sent to the US for the special assignment, on their return, sent a detailed report to the CRPF headquarters and home ministry.

The full body scanners are often deployed at entry ports at the International Border to scan trucks for illegal drugs, arms and ammunition, often smuggled for nefarious activities.

The name of the company, though not disclosed, specialises in truck scanners used at various locations in the US and Singapore. An official privy to the details of the report said that there are pros and cons to the truck scanner.

The trucks in the West have everything kept in a systematic way, making it easy for the officials to scan. In India this is not the case, where multiple items may be kept in a haphazard manner. However, there has been a need to put track scanners on the national highway, to keep them as a deterrent for the terror groups.

A top officer in Jammu and Kashmir Police said that after Pulwama terror attack, in which 40 CRPF personnel were martyred, the home ministry asked CRPF to expedite the hunt for truck scanners.

The police averted a suicide car bomb attack on a CRPF convoy along the Jammu-Srinagar national highway last month. The terror attack plan was jointly hatched by terror outfits JeM and Hizb-ul-Mujahideen (HM). The case eventually went to the NIA. Sources said several of the accused caught by JKP and agencies have often revealed that they have been carrying the explosives through the tunnel.

“It is not necessarily an advantage, but it could act as a deterrent. A similar trial for truck scanners at trade routes at the International Border by land port of India officials has taken considerable time. There are several parameters like the X-ray penetration and the completion of the scan. However, the advantage with US-based truck scanners is that there is no radiation impact in these mega scanners,” the official said.

The scanner may be considered for Qazigund tunnel initially, but officials said that the demand for truck scanners may be over a decade old but the process to acquire it is in its nascent stage. A final call is to be taken by the home ministry.

The trucks can subsequently be used to scan even during the time of Amarnath Yatra, but there was a doubt about the sheer volume of traffic passing through the tunnel making it cumbersome and time-consuming, the official added.