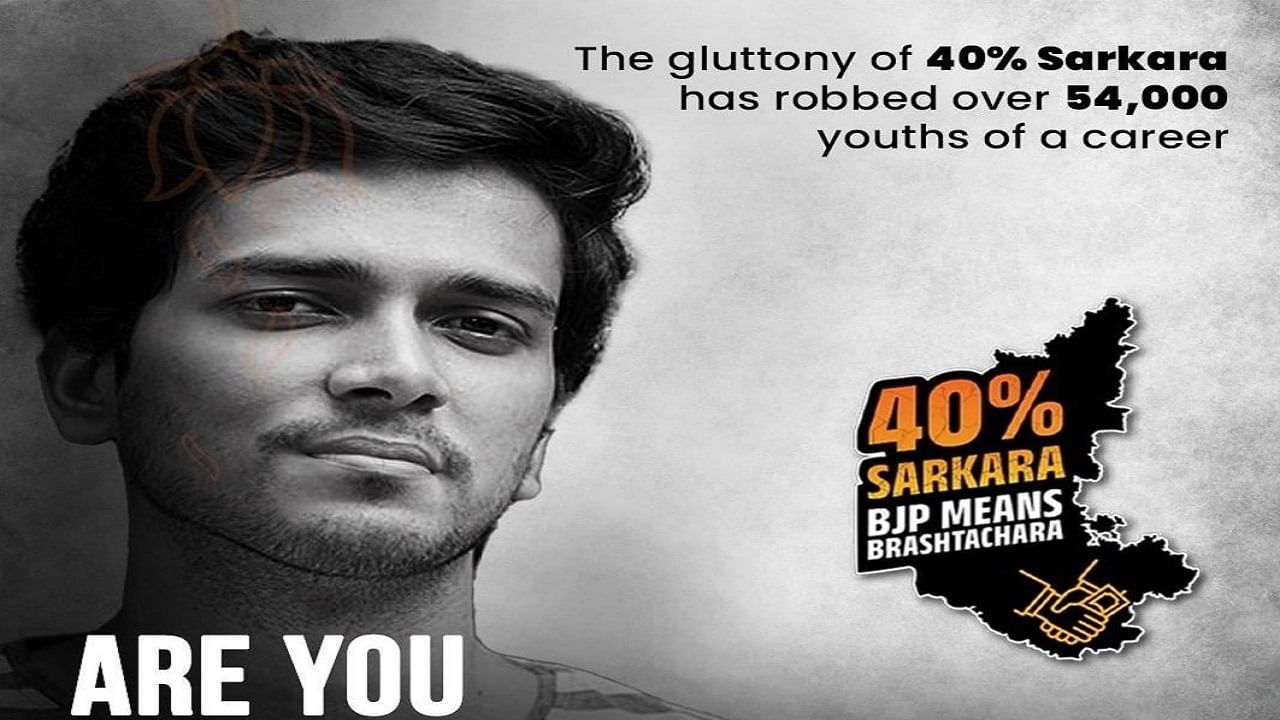 Akhil Iyer wrote on Twitter, I am shocked to see that my picture is being used illegally and without my consent for ‘40% government’ campaign of Congress.

actors from bangalore Akhil Iyer (Actor Akhil Iyer) of Karnataka Congress ‘PayCM Poster’ I have objected to the use of his picture. Akhil Iyer said that his picture has been used without his consent. Let us tell you that in Karnataka, the Congress has intensified its attack on the BJP. Under this, the picture of CM Basavaraj Bommai ‘PayCM Poster’ Entire Bangalore (Bengaluru) have been installed in. The ‘40% Sarkar’ poster is designed to highlight how 40 percent commission rate has become normal in the current BJP regime.

Akhil Iyer wrote on Twitter, I am shocked to see that my picture is being used illegally and without my consent for ‘40% government’ campaign of Congress. I was made a part of an @INCIndia campaign that has nothing to do with me. He said that I will take legal action against it. Iyer has focused the attention of Rahul Gandhi, Siddaramaiah and Karnataka Congress towards this matter and tagged all.

I am appalled to see that my face is being used illegally and without my consent for “40% Sarkara” – an @INCIndia campaign that i have nothing to do with.

I will be taking legal action against this.@RahulGandhi @siddaramaiah @INCKarnataka request you to please look into this pic.twitter.com/y7LZ9wRXW9

In Karnataka, the Congress stepped up its campaign to target Chief Minister Basavaraj Bommai and put up posters of the BJP at the Bharatiya Janata Party (BJP) office in Nelamangala near Bengaluru on Friday. The Congress later shared pictures of its PCM campaign with the media. On Wednesday, the police, probing the case on the instructions of Bommai, arrested BR Naidu, the former chief of social media of the Karnataka unit of Congress. On Wednesday, in many parts of Bangalore, such posters with the picture of Chief Minister Basavaraj Bommai were put up, on which PECM was written. These posters, which appeared in the central area of ​​the city, resembled advertisements for online payment app Paytm.