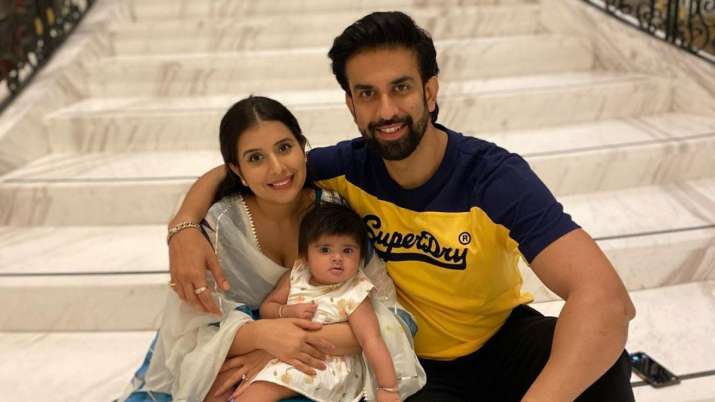 Charu Asopa, Rajeev Sen want divorce? It’s no hidden fact that Rajeev Sen and Charu Asopa started having troubles in their marriage soon after they tied the knot. there have been reports of them living separately too. These seemed to just be rumours, when the couple announced their pregnancy and the birth of their daughter Ziana. However, things don’t appear well between the two and if the latest reports are to be believed, they have decided to part ways and get a divorce.

According to a report in ETimes, the couple is having trust issues and they want to move different ways now. Rajeev, who is the brother of Sushmita Sen, claims that Charu his details about her first marriage and it was shocking for him to learn that the actress was married for close to a decade. Charu, on the other hand, denies it saying the actor knew about it and was in fact supportive of her situation.

“I kept giving him chances. Earlier, it was for me and then for our daughter, Ziana. Par woh ek chance dete dete teen saal kab nikal gaye mujhe kuchh pata nahi chala. He has trust issues and I can’t take it anymore. I sent him a simple notice asking for an amicable separation, as there is nothing left in our relationship. I want to part ways because I don’t want my daughter to grow up in a toxic and abusive environment. I don’t want her to see people hurling abuses at each other,” the portal quoted Charu as saying.

Charu also said that Rajeev doesn’t approve of her sharing their daughter Ziani’s photos on social media and doesn’t give the family enough time. Countering her claims, the actor who will be making his Bollywood debut this year said, “Strangely, when I take her for holidays, the husband becomes the most valuable thing for her. When the holidays end, she suddenly feels that her husband is not available for her. I wish Ziana could speak for herself.”

Charu, who has worked in TV series, Baalveer, Mere Angne Mein and Jiji Maa says they have taken the couple route to get separated and end their marriage.

Charu and Rajeev got married on June 7, 2019. They gave birth to their first child, Ziana in November last year.