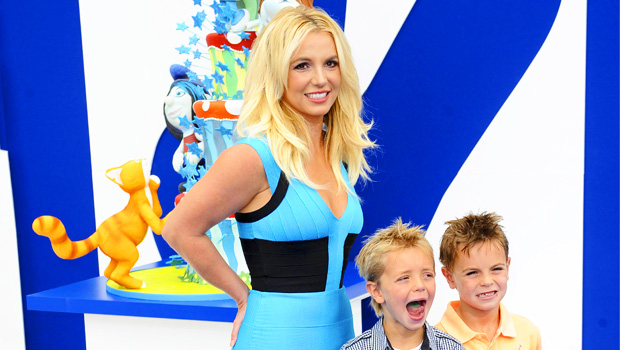 Britney Spears‘ sons Sean Preston, 16, and Jayden James, 15, won’t be at her wedding to Sam Asghari on June 9. Their dad Kevin Federline‘s lawyer told TMZ this just hours before the ceremony is set to take place at Britney’s home in California. “Although the boys will not be in attendance, Kevin and the boys are happy for Britney and wish her and Sam all the best going forward,” attorney Mark Vincent Kaplan told the outlet. HollywoodLife has reached out for more clarity on the situation.

Most of Britney’s family will be absent from her intimate wedding ceremony, per reports. Her dad Jamie Spears, 69, mom Lynne Spears, 67, and sisterJamie Lynn Spears, 31, all apparently didn’t receive an invite to the event. Her brother Bryan, 45, is expected to be there. Britney is estranged from most of her family due to the abusive conservatorship she was under for 13 years. She does have a good relationship with her sons, though.

The “Gimme More” hitmaker has worked hard to immerse Sam, 28, into her boys’ lives. The couple have often been seen out with Britney’s kids, and Sam’s relationship with the boys is reportedly very important to him. HollywoodLife even learned EXCLUSIVELY from a source close to Britney that Sean and Jayden approve of their new stepdad. “Her boys are so happy that their mom has her freedom,” our source revealed in January. “Sean and Jayden know how much Sam loves their mom and they have gotten very tight with him recently.”

Britney’s sons were also overjoyed in April when they learned that the “Toxic” singer was pregnant, though she later miscarried the baby. Britney and Sam have vowed to “expand their family” following the tragedy, hinting that they’ll keep trying to giving Sean and Jayden another sibling.

In addition to baby plans, Brit and Sam have also been on the hunt for a new home where Brit’s boys can live. “She is only looking in the SoCal area because it is extremely important for her to be near her boys,” a source previously told HL. Britney, per the insider, “is looking for a place that she will be able to make into her forever home.”