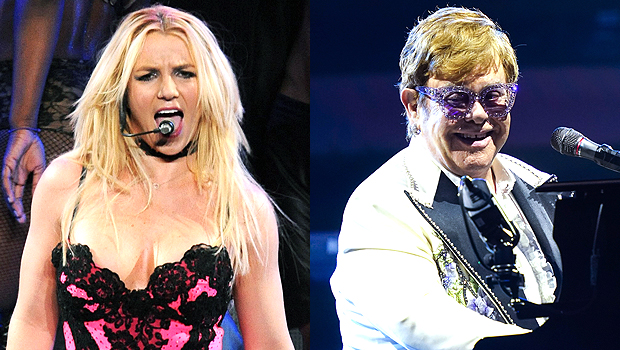 Elton John, 75, and Britney Spears, 40, are releasing their “Hold Me Closer” collaboration on Friday, Aug. 26 — two days before the 2022 MTV Video Music Awards — and HollywoodLife can confirm that they will not be performing the song at the show, despite fans’ high hopes. “The rumor that Britney would be performing likely started when MTV called the label to get clearance to play the song, but Britney is not performing the song in any way, shape, or form,” a source with insider knowledge of the award show revealed to HL EXCLUSIVELY. “No video, no virtual, no live, nothing.”

On a positive note, the insider said the song is getting Britney excited about where her renewed career may go. “This song is exactly what Britney needed right now. After just going through all of that drama with Kevin, she really needed a confidence booster, and this is it,” they noted. As fans know, her ex-husband, Kevin Federline, recently aired out some of Britney’s personal matters in a tell-all interview, such as her fractured relationship with their children. She later called his actions and her kids’ treatment of her “hurtful”.

“She is so excited for this song to come out and she really and truly feels that this is going to put her back on the map,” they continued. “For years, Britney forgot who she was and how much her music influenced millions of people. If this song is a success, which so many believe it will be, she will be ready to record again on her own and with other artists.”

Elton and Britney released a teaser for the song on Aug. 24, and fans’ positive response is also helping Britney’s confidence. “She’s super happy with her vocals on it and proud of the song overall. Her fans have already gone wild for the snippets that are out there too, so that’s given her a big boost of strength and confidence ahead of the release,” a second source, who is close with the “Womanizer” singer, told HollywoodLife EXCLUSIVELY. “She’s feeling very empowered and excited about this song.”

In addition to Britney’s enthusiasm about the song, which HL confirmed was being recorded in July, multiple sources have told us that Britney sounds incredible on it. “She felt like she was rusty when they started recording, but it came back to her naturally and Elton helped to bring out her best and it is possibly the best she has ever sounded,” an insider close to the production told HL that same month. Furthermore, another insider said the duet is “one of the best songs” the “Toxic” singer has recorded thus far in her career.

“Hold Me Closer” will be Britney’s first music released after her 2016 album Glory, and her first project after her 13-year controversial conservatorship ended in Nov. 2021.

Jason Alexander: 5 Things To Know about Britney Spears’ Ex That Crashed Her Wedding