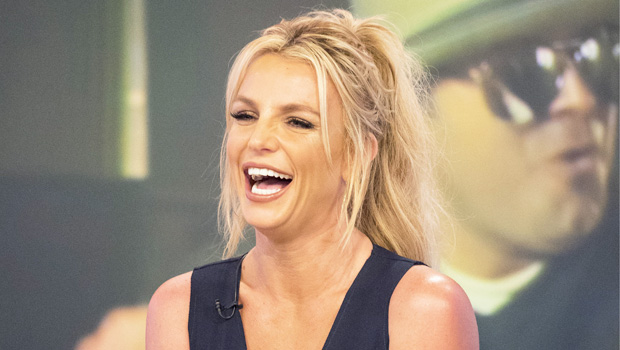 Britney Spears is the rare pop star that continues to make headlines decades after she first hit the scene. After becoming an integral part of pop culture in the Aughts with her iconic songs like “Baby One More Time” and provocative appearances on the MTV VMAs, the singer, now 40, amassed a legion of fans obsessed with her every move… including her love life. Her high-profile relationship with Justin Timberlake was just the beginning of her much-scrutinized romances.

Britney and Justin’s three-year relationship between 1999 and 2002 had the duo ruling the pop music world as one of Hollywood’s hottest couples. With the “Toxic” hitmaker being at the height of her early career and Justin basking in the glory of his boy band days in NSYNC, their surprise breakup caused a quite a lot of speculation, including cheating rumors of Britney stepping out with choreographer Wade Robson.

It was only a few years after the break-up that Britney began her new role as wife! The part came with a surprise Vegas wedding with a childhood friend that was immediately annulled and a quickie nuptial with a background dancer that produced her two sons! And now the Crossroads actress is reportedly marrying her fiancé Sam Asghari any day now. Keep reading to find out all about the men whom Britney has called husband, below!

Britney Spears & Her Sons: See Photos Of The ‘Lucky’ Singer With Her 2 Kids

Britney’ first husband claims he was misled into annulling their marriage 55 hours after it happened with the promise that they could continue their relationship. Jason Alexander, Britney’s childhood buddy who walked down the aisle with the pop star at a Vegas chapel in 2004, described the ordeal on a recent episode of the “Toxic: The Britney Spears Story” podcast.

“They told me if I would sign the contracts – the annulment – they would let me and Britney continue our relationship, and if we felt the same way in six months they would give us a proper marriage,” he claimed, although it is unclear who he was referencing. “So I had no reason to believe otherwise. I thought that’s what the truth was. They were allowing Britney and I to still have phone communication.”

He went on to say his lawyers told him he had 30 days to contest the annulment and if he didn’t, he would lose contact with Britney. Jason said he didn’t believe his lawyers, didn’t try to contest the annulment and went to phone the “Oops I Did It Again” singer after the deadline, only to find her number had been changed. Despite the marriage being voided, Jason said he will always remember the elopement.

“It was like five in the morning, we’re still in bed talking,” he described the day of the wedding with Britney. “And she wanted me to come on tour with her. And I was like, ‘I can’t. I love to come on tour with you, but I got to go back and I have my senior year football. I earned a scholarship. I’m not going to just walk away.’ And that was when she was like, ‘Well, I got something I got to ask’ and I’m like, ‘What’s that? And then she pretty much asked me if I would get married.”

“We felt like this was a way that would bond us together, regardless of how far we are separated. We’re married. You can’t not let us reunite. We went to a little white wedding chapel,” he continued. “The limousine driver walked her down the aisle. We did the whole thing. There was another couple getting married that morning. So they recognized her. And we took a picture. Later I found out that couple got paid like a hundred grand for that picture. So I was like, ‘What a great wedding gift for them.’”

“We left, consummated the marriage in the limousine on the way back to the hotel and then when we got back to the hotel — ‘Hey, guess what? We’re married!’ and everybody freaked out and no one was happy. And I was like, ‘Oh, this is about to get interesting.

Britney’s second attempt at being a married woman came a few months later during her whirlwind romance with Kevin Federline. After meeting the background dancer in 2004, Britney married him three months later, only to file for divorce in 2006, citing “irreconcilable differences.”

Britney’s split with Kevin came two months after they welcomed their son Jayden. The former couple had given birth to son Sean Preston on September 14, 2005, a year after they had a surprise wedding in Los Angeles. Britney and Kevin now share custody of their teenage sons, with the “Breathe On Me” hitmaker holding 30% and Kevin the majority at 70%.

Recently, in a since-deleted post on Instagram, the entertainer claimed her ex-husband refused to see her while she was carrying his baby! Britney wrote that she flew to New York and Las Vegas while pregnant with Jayden to see Kevin, but he wouldn’t allow it. Later in the Instagram post, Britney said she “made peace” with what happened between her and Kevin, all while recalling the period in her life right after Jayden was born, when she caused a media storm by hanging out with the likes of Paris Hilton and Lindsay Lohan. “I had my baby and went out literally 2 times with Paris and it was all over the news like I was a party girl.” She added, “Whatever, it’s over now and I’ve made peace with it.”

Britney and her fiancé Sam Asghari are the It couple causing fans to have the ultimate relationship goals. The pop superstar has made it clear she’s found the man of her dreams, while the hunky actor, 28, can’t stop gushing about the love of his life. The adorable couple have been a rock for each other over the years, especially during the tough times with Britney’s conservatorship and her estranged family.

The pair first met while filming a music video for Britney’s single “Slumber Party” in 2016 with Sam playing her love interest. The sparks flew immediately. During downtime between scenes, they chatted with each other privately and eventually made plans to see each other on a date. “I was like, ‘He was really cute, this guy was really cute,’ so I called him,” Britney told AMP 103.7’s Fast in the Morning with Nathan Fast and Sybil Summers in 2017. “He’s just a really fun, funny person.”

Since then, the couple have become engaged and, unfortunately, suffered through a recent miscarriage. Reports have Britney and Sam ready to say “I do” any day now. HollywoodLife will keep you posted!