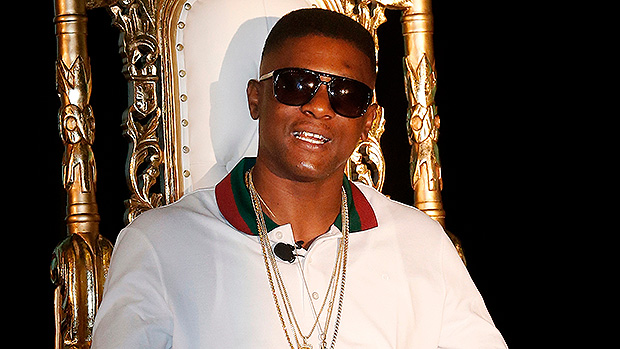 Boosie Badazz, 39, was pulled over in Fulton County, Ga. on Aug. 26, 2022 for speeding, according to TMZ. In an unexpected turn of events, he ended up performing for the officers and even offered them a job. “They got me pulled over again so I finna perform a concert in front of the police,” he said in a video he recorded. He proceeded to perform his song “Set It Off” on the side of the highway, before chanting “F—k the police.” Boosie next took $30,000 of cash out of his pocket and flaunted it to the police. He asked if he was going to jail several times, because if he is, “the money is ready.” He also engaged with an officer and asked him how much he makes. “If you ever get tired of working for them, come work for me,” he offered.

The Deputy Chief for Fairburn Police Department told TMZ Boosie was pulled over for driving 73 miles per hour in a 55 zone as well as tossing an “unknown object” out of the car. Due to his littering, the police searched his car, where they found a small amount of weed. He was eventually given a ticket for speeding and littering. This was not Boosie’s first run-in with the police. Read on to learn five things about the rapper and father of eight here.

Boosie Was Diagnosed With Kidney Cancer

The Louisiana-born rapper revealed the news to his fans in an Instagram post on Nov. 25, 2015. “I need all my fans to pray for me,” Lil Boosie captioned a photo of himself eating on Instagram. “Doctor just told me I have cancer on my kidneys.” Less than two weeks later he underwent surgery to have the cancer removed from his kidney.

“I want to thank each and everyone for all the support and love! Surgery went well..God is good! Next step recovery! Cancer has been removed from Boosie kidney,” he wrote on Instagram, breaking the good news.

Boosie Was Shot In The Leg

Boosie was shot in the leg in Nov. 2020 while in Dallas, Texas to pay respects to fellow rapper Mo3, who was murdered just days before, per TMZ. He was reportedly traveling in a sprinter van at a shopping location called Big T’s Plaza when the gunman opened fire. According to the outlet, he was treated in the hospital for a gunshot wound below the knee and his injuries were non-life-threatening. HollywoodLife contacted the Dallas Police Department, who declined to identify Boosie.

While rumors swirled that he needed his foot amputated, Boosie ended up getting discharged from the hospital after undergoing several surgeries to remove bullet fragments from his shin and so screws could be placed in his foot, according to TMZ. He made a full recovery.

Ezra Miller & ‘The Flash’: Everything To Know About The Fate Of DC Film & Its Troubled Star

The rapper, whose real name is Torrence Hatch, was unexpectedly released from a Louisiana State Penitentiary back in March 2014. He had been there since 2009 on a marijuana possession charge, but his sentence was later lengthened after he attempted to smuggle drugs into the prison. Upon his release, a rep for the penitentiary told the media that Boosie would be on parole until 2018, per TMZ.

He may have been locked up, but that didn’t stop Boosie from working on his music. After his release in 2014, he told reporters that he was planning on dropping a new album soon, as he wrote over 1,000 songs while behind bars. At the time, Boosie said he had listened to some current rap music and believed the industry was “wide open” for him to jump back in and become one of the most relevant rap stars.

“As for the rap game, I feel like the music I got, the rap game wide open for me to take over,” he said in a press conference, according to HipHopDX. “I feel like what I been hearing these last three, four days on the radio and stuff is different from my music. Like I said, it’s different from my music. And different brings greatness. So, I just feel I stand alone in the music industry to tell you the truth.”

The rapper came under fire for comments he made about Dwyane Wade‘s transgender daughter, Zaya, in 2020. The “Nasty Nasty” rapper spoke out after the NBA star confirmed that Zaya identifies as female in Feb. 2020. She was just 12 at the time. “Dwyane Wade, you’ve gone too f—king far, bro,” Boosie said in an Instagram Live video following the announcement.

He was pressured to apologize, but said he felt no remorse for his actions. . “It’s kinda f—king with my money, but I meant everything I said and I’d say it again,” Boosie told Charlamagne Tha God on the April 13 episode of The Breakfast Club. “They were trying to hook up some s—t with a meeting with JAY-Z. They say JAY-Z was gonna get him on the phone and all that s—t, I need to apologize to save this and save that, that I got coming up,” he recalled. “I’m not apologizing for s—t. I don’t give a f—k if Jesus call and tell me to apologize. I said what I said, man. I felt that was right.”

Boosie Went On A Homophobic Rant In 2021

The “Trust Nobody” rapper received heated backlash once again after he took to Instagram to criticize the LGBTQ+ community in 2015 and then again when he stood up for DaBaby after he lost several jobs after going on a homophobic rant at the Rolling Loud music festival in 2021.“It’s sad how y’all tryna force this gay stuff on the world. It’s sad how y’all tryna ban artists. Y’all sad, bro, it’s sad, bro,” he said on Instagram, per Vibe. “In 10 years, it ain’t gonna be normal for a kid to be straight. It’s sad, bro. Y’all tryna force it on these kids, bro. Pushing it on the artists, pushing it on all the biggest artists. You know why? Cause’ the kids love those artists. You attacking these kids.”