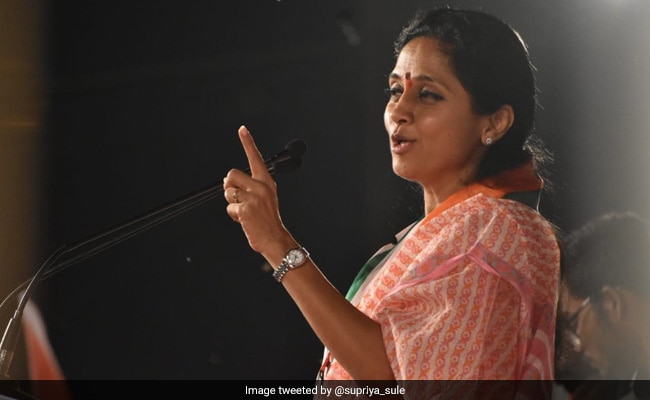 She alleged that confusion prevails in the new government in the absence of ministers.

Ms Sule’s swipe comes against the backdrop of the delay in expanding the cabinet even a month after the new government of Mr Shinde and the BJP came to power.

Currently, Chief Minister Shinde and Deputy Chief Minister Devendra Fadnavis of the BJP are the only members of the state cabinet but their portfolios are not decided yet.

“Today, I was talking to a Lok Sabha member of BJP who described the Maharashtra government as ‘Ek Duje Ke Liye’. This comparison is something I would have never thought of,” said Ms Sule, the Lok Sabha MP from Baramati in the Pune district.

Ms Sule said Mr Shinde and Mr Fadnavis are running the government at a time when the state is facing various challenges, including the loss of crops due to excess rains, and the mounting debt of farmers, among others.

“Earlier (when the Maha Vikas Aghadi government was in power), there was a system of guardian minister for every district whom we used to contact and take help to resolve a local issue,” the NCP leader said.

She alleged that confusion prevails in the new government in the absence of ministers and even senior officials are clueless.

Earlier, the Shiv Sena had used the ‘Ek Duje Ke Liye’ terminology to describe the Shinde-Fadnavis government. Mr Shinde, who was sworn in as the chief minister on June 30, has repeatedly said that the cabinet will be expanded soon.